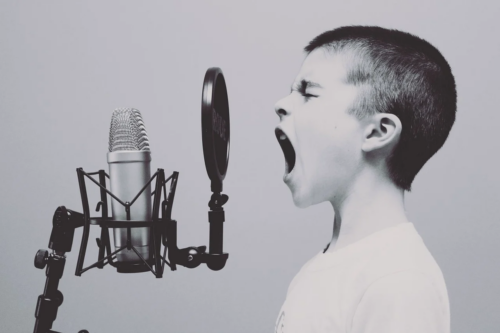 When people have asked me what the direct link between music and language processing is, I would ask them, ‘Why do we sing the alphabet?’. Singing the alphabet helps us learn the alphabet because our brains recall the information more easily if that information has a ‘catchy’ rhythm, and we pay more attention to sounds. As a result, we remember it better.

This topic is even more of growing interest for people with Autism Spectrum Disorder (ASD), as a lot of previous studies reported that these individuals can often show enhanced musical abilities but have language difficulties at the same time. The often-observed superior musical processing in such individuals could be explained by their sensitivity to pitch and timbre. However, ASD individuals seem to have difficulties with communicating and relating to other people, which in turn affects their language skills.

The main aim of my latest experiment was to investigate if the ASD group would show better recall in sung utterances rather than in spoken utterances. In order to test our predictions, a Sentence Repetition Task (SRT) was used. In this task, participants would hear a set of 60 utterances that are either spoken or sung, while half of the utterances would contain some background noise (i.e., ‘babble noise’).

Three types of sentences were used: news (e.g., The man was jailed for contempt of the court.’), stories (e.g., ‘Alison was only five minutes away from her parents’ home.’), and nonsense (e.g., ‘The metal enables the heat to eat.’). We decided to use different types of utterances as we were also interested to see the impact of the content on the overall recall of the utterances.

Potential benefits of the study

We would expect to see a better recall of the sentences among typically developed individuals (TDs), irrelevant of the content. Nonetheless, it will be intriguing to see the results from the ASD group as they could possibly outperform TDs in the sung condition (where the utterances are sung rather than spoken). Relating to ASDs’ enhanced musical abilities, it could be said that they can use that as an advantage and apply it in the SRT.

The results of this project are important because they have potential implications for everyday life situations. In other words, we could break new ground in understanding how ASD population can improve their language skills while building on their strengths in well-developed musical skills.

The study is funded by a European Research Council Starting Grant (ERC-2015-StG, 678733, CAASD, 2016-2021) and supervised by Dr Fang Liu (University of Reading, UK), as a part of the project entitled ’Cracking the pitch code in music and language: Insights from congenital amusia (CA) and Autism Spectrum Disorders (ASD)’.