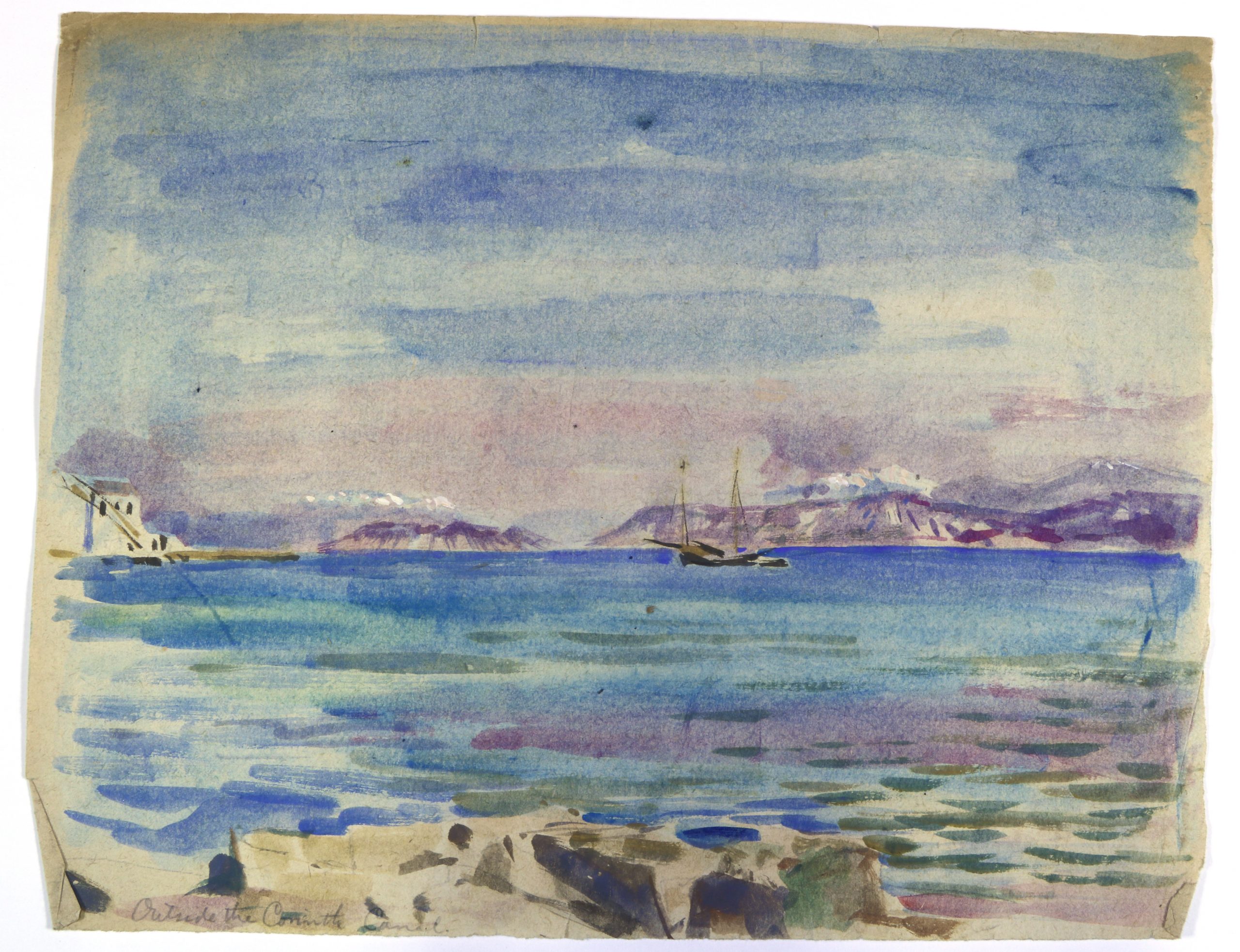 No lack painter am I.
Sophokles, Ajax

When Leon returned to the inn Thalia met him in the courtyard with a great air of mystery. She pursed her lips, “He’s arrived,” she said.

“The visitor? Who is he?” asked Leon.

“His name is Zeuxis. It is said, or he says, he is the greatest painter in the world. He looks like it. Wait until you see his long curled hair and his fine clothes and the servants he’s brought with him and his boxes of painter’s things. Nothing here is good enough for him. Mother says he is giving her a lot of trouble. But Leon,” she continued, “he spoke to me and I told him all about you and how you are always visiting the craftsmen. When he heard this he said he must meet you and that he would ask you to dine with him and some artist friends of his this evening.”

Sure enough, a slave dressed in eastern fashion sought Leon in his room and gave him a formal invitation. As the time for the meal approached Leon dressed with care and went to the dining room. He was ushered in with ceremony by a slave stationed at the entrance. The painter was within, talking with two men.

Leon found Zeuxis all that Thalia had described and more. He was a man verging on middle age, dressed in eastern style, who carried himself as if fully aware of his own genius yet without ostentation. He greeted Leon warmly. “As you are a student of art”, he said, “you may like to know my friend Parrhasios, who has called on me. He is a famous painter. Although he is a foreigner like myself he has worked in Athens for some time.” Wasting no time in his hospitality, Zeuxis motioned his guest to recline on the couches arranged then clapped his hands. At this, his own slaves brought in the courses on small tables that they placed before the diners. Once the meal was over, the tables were removed and a dancing girl came in with a flute player.

Once the entertainers had left, Zeuxis looked round the walls and commented on the poorness of the mural decoration. “Yet” he said, “I would find it difficult to better even this poor work for it is a long time since I painted on anything larger than a panel which could be hung on a wall. In the morning I will go to the Painted Stoa to view the work of Polygnotos to see how far we have advanced.” Leon excitedly told him about his encounter with a restorer in the Painted Stoa earlier that day.

Zeuxis continued: “The heroic style was all very well in the old days when sculpture and painting were there for the populace to admire. But all this strife between the Greek states has put an end to that. Nowadays cities cannot afford to build great temples with all their sculptural decorations or set up a colonnade of paintings. A painter or sculptor who wants fame and wealth must now seek other patrons, at the courts of tyrants or princes.

Zeuxis went on to tell in what courts he had painted, what his patrons had said in appreciation of his work and what sums he had received for it. He continued, “My prices have constantly risen and I shall continue to raise them until some day I shall have to give my pictures away, for no one will be able to afford them.” Noting the silence of his guests, he burst out laughing. “Come, my friends, “he cried, “I’m only joking. Remember, I have only just arrived in Athens having dwelt for long in the East and people are used to my exaggerations there.” 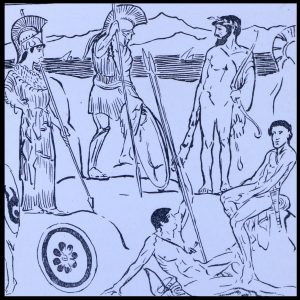