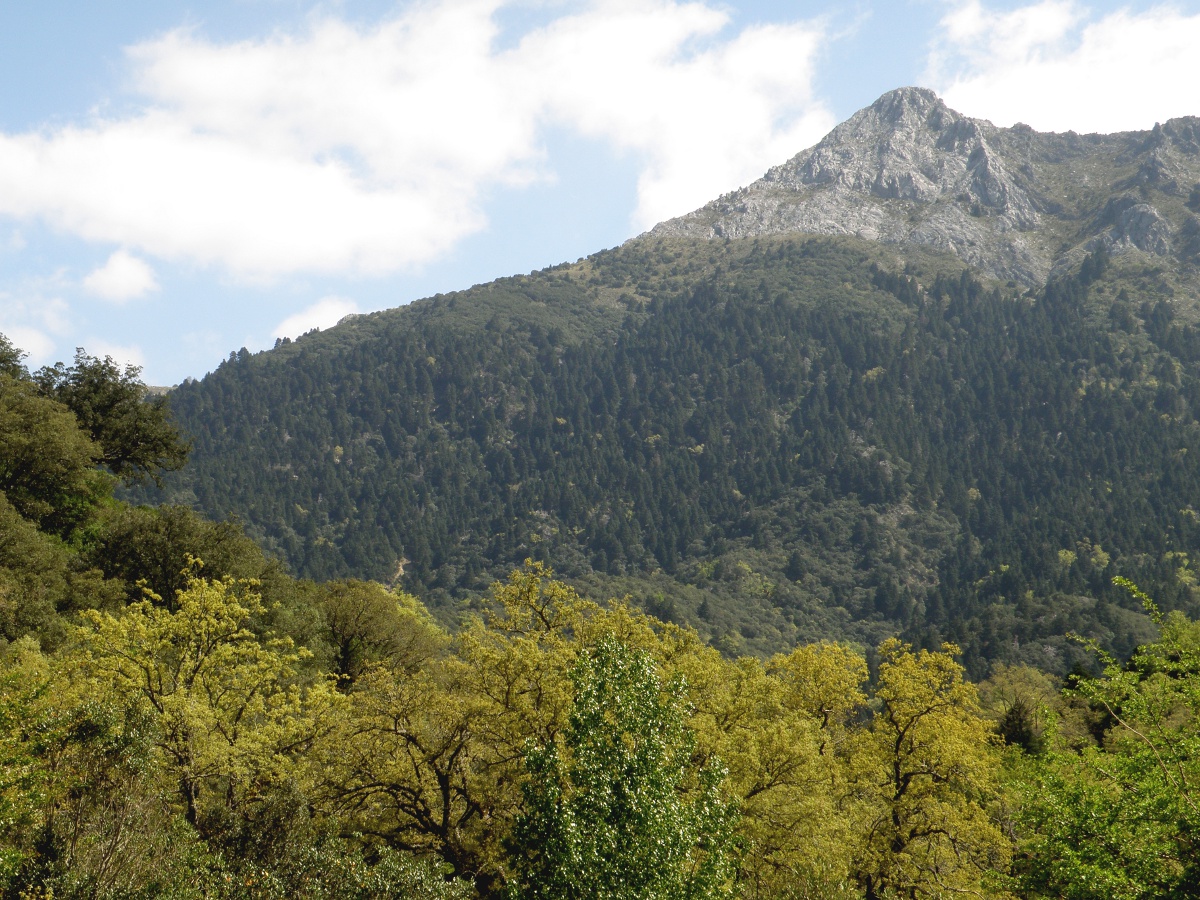 There is much debate and disagreement about the origin of Christmas trees and they have variously been linked to oak branches used in mystery plays and even the Yule log, however the earliest records of the Christmas tree in the modern sense seem to relate to use of conifers in German speaking regions although this could have been in Riga in 1510 (although this could have been a paradise tree) or the Rhineland in the mid 1500s where a conifer was used.  Records are patchy.  Use of the tree in the UK and North America followed publicity on its use by Queen Victoria and Prince Albert.

For the first time on Whiteknights campus the University of Reading has an illuminated Christmas tree outside.  The tree is a young Cedrus libani now about 10m tall and showing the distinctive triangular shape of most young conifers.

Under the name Christmas tree many different conifer species are sold including:

Bar far the commonest of these is the UK has been the Norway spruce, due to its good shape and low price however other species are more popular as domestic Christmas trees now due to the tendency of the Norway spruce to drop its needles steadily throughout the Christmas season.  The Norway spruce is the tree that had graced Trafalgar square each year since 1947,  in commemoration of the exile of King Haakon VII who escaped to Britain during Nazi occupation from 1940. A Norwegian exile government was set up in London resulting in many Norwegians, seeing London as home of a spirit of freedom during those difficult war years.

In contrast with the botanical consistency in Trafalgar Square, the Vatican Christmas trees have been a mix of Fir and Spruce over the years.

Around Europe there are many endangered Fir species but one I have seen regularly is the endangered Abies pinsapo, the Spanish fir, occurring in the Sierra de Grazalema and in the Rif mountains of Morocco.  This stately tree survives on the wet northern mountain slopes where fires are rare.

But should we be cutting down live trees to decorate our houses each year?  Yes, says Dominique Mosbergen of the Huffington Post, they are more environmentally friendly than artificial ones.