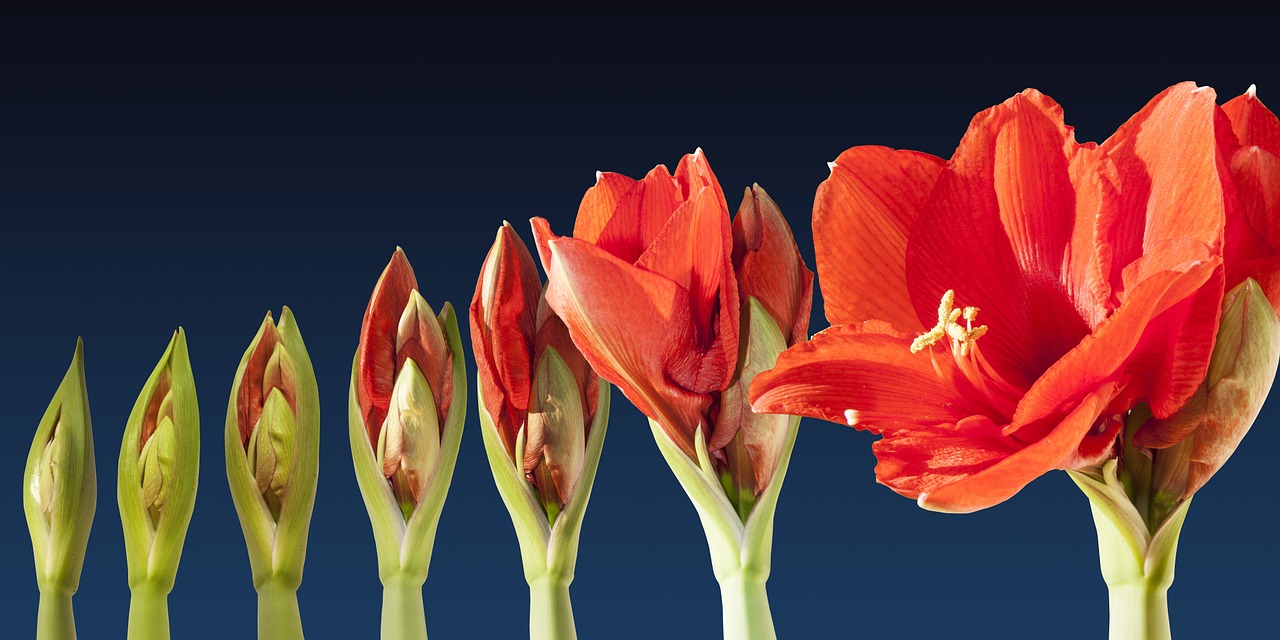 “I was surprised to discover from a 2007 Daily Telegraph column, that Amaryllis is the most popular Christmas cut-flower in the UK. Who knew?”

Dr M adds: Certainly the RHS is up there with this, witness the front cover of the December issue of “The Garden” which contains a review of some of the popular cultivars.

Dawn continues: “In Canada, Amaryllis bulbs are popular potted plants at Christmas, and everyone who gets one can usually keep it alive for a year. When my re-blooming Amaryllis flowers flop over, I cut them off and add them to arrangements.”

“But what we commonly refer to as Amaryllis is actually a common name for Hippeastrum species in the family Amaryllidaceae, native to South America, particularly Brazil.  There are about 90 species and 600 hybrids of Hippeastrum.

“However, Hippeastrum is a quite distinct genus from the true Amaryllis, also in the same family, but native to South Africa.”

“The two genera are not dissimilar to look at, but using the common name of Amaryllis for Hippeastrum bulbs, rather than Amaryllis bulbs, is very confusing!  But it is due to the equally confusing history of efforts to disentangle exactly how the different genera are related to each other!”

Dr M adds the taxonomic story in brief:  In 1753 Linnaeus created the name Amaryllis belladonna, the type species of the genus Amaryllis. At that time both South African and South American plants were placed in the same genus, only much more recently being separated into two different genera.

The key taxonomic question is whether Linnaeus’s type species was a South African or a South American plant. The taxonomic debate culminated in a decision by the 14th International Botanical Congress in 1987 that Amaryllis should be a conserved name (i.e. correct regardless of priority) and ultimately based on a specimen of the South African Amaryllis belladonna from the George Clifford Herbarium at the British Museum (see Meerow et al. 1997). This decision settled the scientific name of the genus but the common name “amaryllis” continues to be used for Hippeastrum.

The RHS offers advice on how to grow your Hippeastrum and keep it from one year to the next.

Don’t forget DrMgoeswild for other views on #AdventBotany.