Today’s #AdventBotany blog features hybridization, virgin birth and a tour of some of the smaller fruited citrus.  It features a blog from 2015 by John Warren and from 2019 by Alastair Culham.

The Tangerine – Just Like a Virgin – By John Warren

When I was a kid, every Christmas my dad would give me a tangerine, a six pence and a pat on the head. By the time I was ten, I had one hundred pounds in the bank and a flat head. Tangerines turn up every Christmas, in bad cracker jokes and as stocking fillers. But what do these little tart citrus fruit have to do with advent? Well the amazing thing is,…. you really are not going to believe this one. Brace yourself. Tangerines really do have virgin birth. 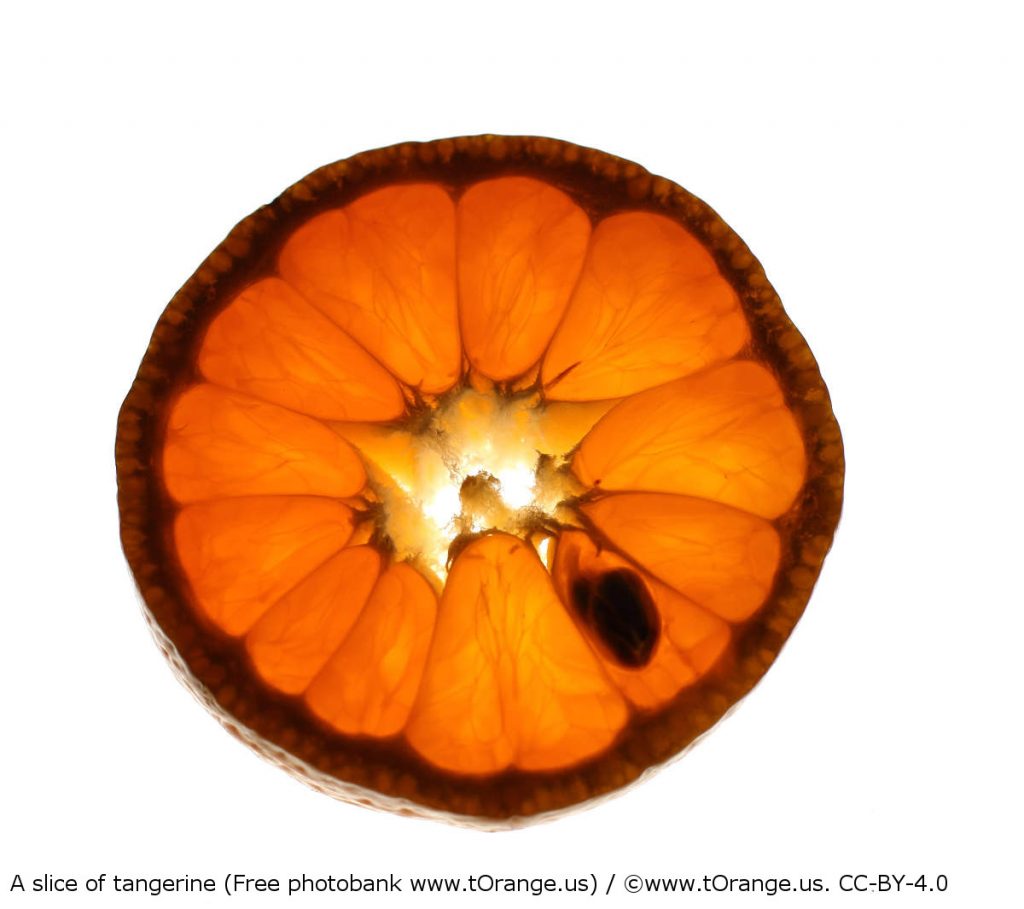 Although seasonal, the idea of virgin birth seems miraculous, if not totally unbelievable in our own species. However, in the plant kingdom it is relatively common place. Tangerines are far from unique in producing what look like perfectly normal seeds, which are in fact not the product of sex, but are clones, genetically identical copies of the mother plant.

A Catholic priest, a pea and a virgin

It turns out that one of the reasons why Gregor Mendel pioneering work on genetic was overlooked for so many years, was because he tried (and failed) to replicate his pea experiments with a species that was similar to tangerines in producing its seeds without sex. Tangerines like many species of citrus do more than just produce seeds asexually. They also produce seeds with multiple embryos. Thus it is possible to grow several plants from a single tangerine pip. In fact within a pip it is often possible to find both asexual copies of the mother tree and sexual embryos; the true offspring of the same tree. 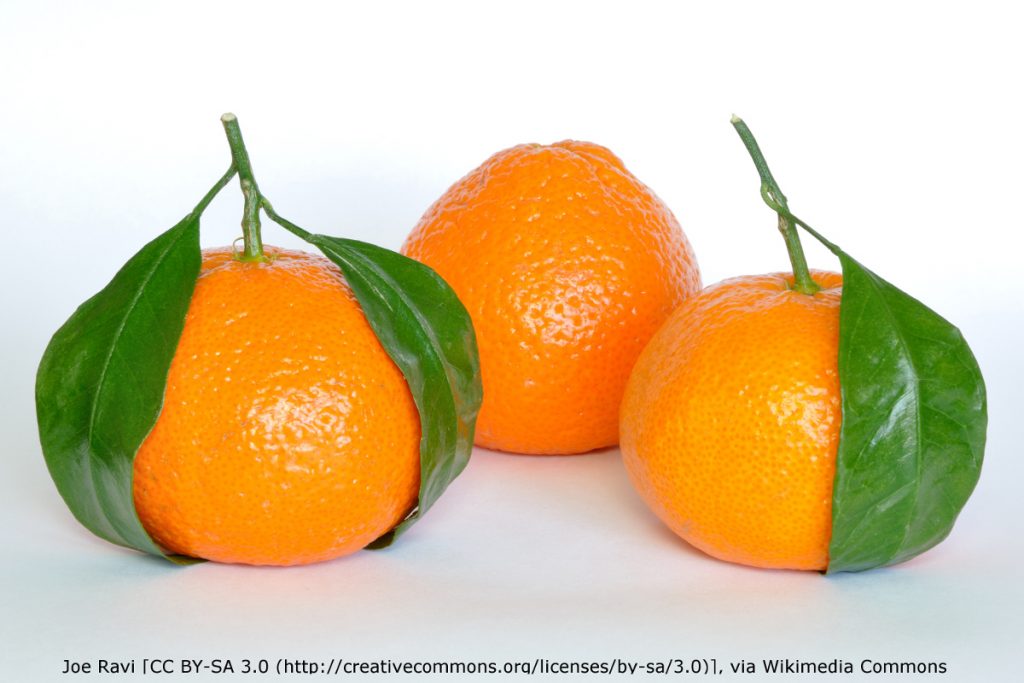 Within the citrus family there is a trend that more commonly cultivated species are more likely to produce asexual seeds. Thus, tangerines, oranges, and grapefruit are highly asexual, lemons and limes are partly so and citrons and pummelos reproduce via sexually produced seeds. This is probably a product of the domestication process. Once a superior variety has been identified, then earlier farmers would have been interested in selecting types which breed true, and what breed more true to type than a virgin tangerine?

Sadly probably the real reason that tangerines appear at Christmas is not their virginity, but simply because they are in season, and they are cheap, so they make attractive presents for Scrooges everywhere.

#AdventBotany 2019 embarked on further explorations into the identity of the smaller fruited citrus.  I’ve often seen and bought fruit variously under the names Clementine, Satsuma and Tangerine and felt that, to an extent, they were all rather similar.  However I am not the only one to have wondered about the mysteries of Citrus.

There are four species of Citrus widely treated as the wild ancestors of most cultivated ones:  C. reticulata, C. maxima, C. medica, and C. micrantha.

All cultivated Citrus are eastern in origin including the wild mandarin.

Ideas of the derivation of cultivated Citrus from these four ancestral species is depicted in an excellent illustration from Recent insights on Citrus diversity and phylogeny. Genomic studies of Citrus have shown more detail on the relationships of genomes in the cultivated species (Curk et al., 2014; Velasco & Licciardello 2014; Wang et al. 2017) including maps of the nine basic citrus chromosomes and have identified candidate genes for asexual seed production (apomixis via nucellar polyembryony) which has been important in the domestication of these fruit.

In 2018 (Wu et al. 2018) further insights into the genomics of Citrus investigated ten wild species, using genomic, phylogenetic and biogeographic analysis.  They propose that “citrus diversified during the late Miocene epoch through a rapid southeast Asian radiation that correlates with a marked weakening of the monsoons. A second radiation enabled by migration across the Wallace line gave rise to the Australian limes in the early Pliocene epoch.”  Their research suggests that sweet orange and mandarins are extensively interrelated and have evidence of pummelo genes through hybridization. Work by Oueslati et al. (2016) offers an insight into quite how closely related the various Citrus cultivars are.

But what is the difference between Clementines, Satsumas & Tangerines?!

So I now have a better idea of how and when citrus evolved into the varieties we now enjoy but I still can’t tell the fruit apart!  The article in independent.ie is perhaps the most accessible suggesting:

So I can now tell what to expect when shopping for these winter season fruit and here is a photo to prove it!