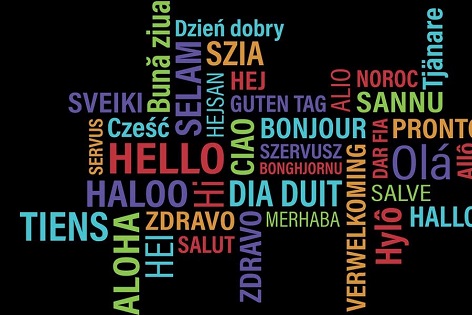 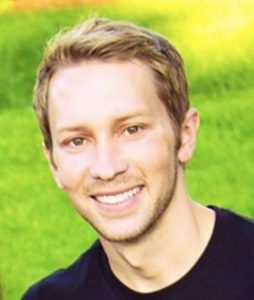 Consider for a moment the last time you experienced road rage. I can easily recall my last experience because my response was so bizarre that it gave me reason to reflect on my behaviour. A taxi driver had cut me off at high speeds on the motorway. I could see straight away that he was using his mobile phone and, thus, it was clear he was not paying attention. Without hesitation I began spewing all sorts of vulgarity, including hand gestures, but every word that came out of my mouth was in Spanish. But why Spanish? I’m a native speaker of English who learned Spanish (Mexican variety) well into my adult years, so English should have been more readily accessible. Yet here I was, a transformed Mexican who had immediately used a non-native language to royally chew someone out, accent and all.

Those of you who have experienced road rage know all too well what it’s like to have your emotions take control of your body. But my emotions didn’t take total control of me. I at least had the wherewithal to do all the heavy lifting of profanity in Spanish. I would imagine that many of you might have had similar experiences, moments in which you found it easier to drop the “F” bomb in a foreign language. In fact, anything and everything taboo is quick and easy to pick up when you learn a second language. Not only that, but it’s humorous. I can’t possibly imagine swearing like a sailor in English in front of my grandma, but put a Mariachi outfit on me and let me speak Spanish and it’s a no-holds-barred free for all. I’ll swear in front of the Pope, so long as I can do it in my non-native language.

The science to this is pretty neat. You don’t have to enter too deeply into the abyss of vulgarity to realize that there’s an emotional response elicited by, say, the “F” word as compared to the word mud. This is because swearing carries a bit more emotional weight than describing the colour of mud to a friend. So why are we emotionally attached to some words but not others? It’s called association. Years of immersion in a native language afford us subtle and intricate experiences with our language. We develop friends and family relationships, we get jobs, we go to school, and we develop an identity and a culture. In that development we learn the appropriateness of certain words. We know when we can talk about a bad case of gastroenteritis and when we can’t. We associate words to their appropriate meanings and their appropriate contexts, a topic of discussion inherently related to the domain of semantics and pragmatics. So, when we feel that slight discomfort upon hearing our significant other cussing at the dinner table while meeting our parents for the first time, it’s because years of learning the semantics and pragmatics of our language (and community) creates emotional connections with taboo words and swearwords outside of their appropriate context.

The areas of the brain like the insular cortex and the amygdala, for just two examples, are—among many other things—responsible for the control and regulation of emotion, things like doubt, anxiety, fear, and happiness. Moreover, our brains are shaped by experiences and our emotions are biologically encoded in our neural pathways on the basis of those experiences, which is relevant in the case of learning language over years of personal involvement of how and when to use it. From moment zero we are experiencing life through our language and when we are young, as a consequence of going through major brain development, we are shaping our experiences and, by extensions, our brains, emotions and perspective(s). We are effectively delimiting our brain’s capacity to react in certain ways in certain situations. However, it’s also important to highlight how our experiences shape the frontal cortex. This part of the brain, in addition to regulating impulse control and emotion, takes care of many of our higher order cognitive capacities. It is the most recently evolved part of the brain but the last one to fully mature (~age of 25). Given that the frontal cortex is involved in complex culture-specific reasoning and regulation of behavior, and because it is the last part of the brain to mature, by definition it is the part of the brain least constrained by our genetic make-up and the one most shaped by experience. In essence, language and emotion are in an intricate symbiotic relationship, making taboo words taboo precisely because that’s what our brains have been taught.

So what’s the deal with the apparent ease with which I could swear in my non-native language? Taboo words in our non-native language, by the very nature of our limited experience with that language, carry a much reduced emotional force than those in our first language. . More interesting than the effect of a non-native language on our language choice is its effect on our moral and evaluative judgments. A great deal of new science shows us that we in fact make decisions in large majority based on implicit, automatic and very emotional reflexes. The same parts of our brains that are “marinated in emotions”, which also happen to activate far in advance of the more cortical regions (i.e., those responsible for rationality), are the first ones to respond to situations in which we need to make a decision. Both elements are necessary. For example, if I asked you: Would you take the life of one stranger in order to save the lives of many? Only after some difficult deliberation you might say “Yes”, but it will prompt a heavy emotional response because killing someone, no matter the scenario, violates our moral intuitions about taking the lives of others. But what if you were to undergo the same psychological experiment in your non-native language? If we are said to have a weaker emotional connection to our second language than in our first, it is reasonable to suspect that we might more readily kill the one to save the many, and indeed some recent psycholinguistic research shows just that. In one recent study, when participants were presented with the above moral dilemma in their native language—only this time with an oncoming train about to kill either 5 people or 1—they largely struggled to commit to killing any one person to save any others, especially when the method of taking the life was more intimate (e.g., pushing someone off a footbridge versus pulling a track switch to send the train in a different direction). But presenting the same scenario in a foreign language prompted a sharp increase in utilitarian responses (i.e., it was easier to push someone off a bridge, for example). As the authors note, this is likely due to the emotional reactivity being reduced by the distance between the speaker and the language, which could also give rise to a reduction in cognitive fluency (i.e., slowing down the decision making process to focus on a more deliberate mode of information processing), thus promoting what they call a cost-benefit consideration ultimately leading to an increase in utilitarian judgments.

So remember, we can’t go about our lives relying on reason alone, but we also can’t deflate the need for emotion. The two concepts are far too intertwined in our mind-brains to get rid of one or the other and expect to make good decisions reliably. But the next time you want to swear, or just get some things off your chest, try venting in your second or third language. It may help you relax a little bit. But be careful when making moral decisions!

David is a postdoctoral researcher in the School of Psychology and Clinical Language Sciences. His PhD thesis investigates the online processing of scalar implicatures among both native monolingual Spanish speakers and bilingual Spanish-English attriters via Event-related potentials.