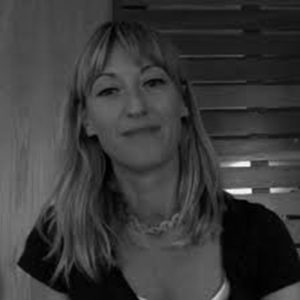 On the 13th March, the Government launched The Integrated Communities Strategy Green Paper, a document setting out an ambitious plan to address the perceived root causes of a lack of integration in the UK.

The 78-page document with forewords from the Prime Minister and from the Secretary of State for Housing, Communities and Local Government, Sajid Javi, has a strong focus on provisions for improving English language skills for some 770,000 people in England aged 16 or over who cannot speak English well or at all. The logic behind this is to ensure that everybody can fully participate in British society, be it as students, workers, or members of society at large. Not speaking the language of the host country does indeed reduce the level of engagement with members of the host community, it makes access to healthcare and educational opportunities more difficult, and it is undeniably a barrier to employment.

Widening access to English language skills is therefore a laudable and necessary initiative on the government’s part, and the new funds for language tuition will no doubt be very welcome by cash-strapped local authorities across the country. What is less welcome is the obliteration of multi-lingualism and the rhetoric of the one-language strategy advocated by government officials like Dame Louise Casey, the previous Integration Tsar and author of the 2016 Casey Review on opportunity and integration. While the green paper acknowledges Britain as a multi-ethnic and multi-faith society, there is no mention at all of a multi-lingual society, but the UK is a multi-lingual country. According to the 2011 Census, 4.2 million people – 8 percent of the population – declared a language other than English as their main language, and the vast majority of them (3.3 million) also stated they were proficient in English. Currently 20% of primary school children and 16% of secondary school children are learners of English as an additional language. That these children need to learn English well to function in school and in society is obvious, but there is also a very real need to celebrate their linguistic and cultural heritage.

We know from decades of research that speaking two or more languages is not only possible but desirable, that monolingualism is not the norm around the globe, and that integration must be a two-way street. An outdated notion of subtractive bilingualism where English must be learned at the expense of maintaining other languages cannot be the right way forward for social and cultural integration in an outward-looking 21st century country. The recently launched Salzburg Statement for a Multilingual World makes this very point when considering proficiency in additional languages as a new kind of global literacy. Setting a date by which everybody in the country will be able to speak English, as suggested by Dame Casey, is both unrealistic and undesirable. Waking up on the appointed date to a country where “everybody of working age and of school age should be able to speak one language” would be a rather sad state of affairs. Integration in Britain would be better served by a society where everybody spoke English and had at least some competence and understanding in another language in addition to English.

Ludovica Serratrice is Professor of Bi-lingualism at the University of Reading and Director of the Reading branch of Bilingualism Matters, an organisation that bridges the gap between researchers and society.