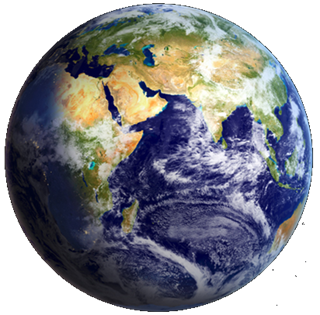 The generation of multi-decadal Fundamental Climate Data Record (FCDR) from satellite observations is a key activity of the FIDUCEO project. Each of these FCDR relies on data acquired by a series of sensors, as is the case for the Meteosat Visible and Infrared Radiometer (MVIRI). As there is no on-board calibration device for the VIS band of this radiometer, its calibration relies exclusively on vicarious methods. This mission has been initiated at the end of the seventies where no other trustfully calibrated imagers were flying. Cross-calibration with simultaneous observations is therefore not possible. Within the FIDUCEO project, harmonisation is applied to secure FCDR temporal consistency. For the MVIRI/VIS band, this temporal consistency is obtained using the same calibration references, i.e., the Earth, during the entire mission lifetime.

SSCC is the EUMETSAT operational facility for the calibration of Meteosat First and Second Generation solar bands [1]. Three different pseudo invariant calibration target types are used for that purpose: open ocean, bright desert and deep convective clouds. Top-of-atmosphere simulated radiances over these different targets constitute the absolute reference against which MVIRI/VIS band on-board all Meteosat satellites are calibrated. Relying on Earth targets for the calibration of radiometers used for the generation of multi-decadal FCDR raises the following question: to what extent climate change or other environmental changes can affect the spectral signature of these “pseudo invariant” targets and therefore the consistency of the calibration?

Over the open ocean target type, about 80% to 90% of the signal observed at the satellite-level is due to the Rayleigh scattering. This method is therefore often referred to as the “Rayleigh calibration” method [e.g., 2]. Outside the sun glint region, ocean surface reflectance only contributes to about 5 to 10% of the signal observed in the MVIRI/VIS band. Background tropospheric aerosol concentrations over the oceanic regions observed by the Meteosat instrument have typically an optical thickness of about 0.06 at 0.55μm, corresponding to a contribution to the total observed signal of about 5%. Stratospheric aerosol contribution was originally neglected in SSCC as typical background stratospheric aerosol concentrations are approx 10 times less than in the troposphere. Major volcanic eruptions such as those that took place in March-April 1982 (El Chichon) or June 1995 (Pinatubo) injected more than 106 tons of SO2in the stratosphere that stayed there for several months.

The top panel of the Figure shows the impact of the Pinatubo eruption on the stratospheric aerosol optical thickness at 0.55μm (orange) during the Meteosat-4 era [3].

The middle panel shows the temporal evolution of the Meteosat MVIRI/VIS band monthly mean calibration coefficient derived over open ocean (blue) without accounting for the presence of stratospheric aerosols. Only backgrounds tropospheric maritime aerosols are accounted for. Calibration coefficients derived over ocean (blue) and bright desert (red) exhibit an important discrepancy in 1992 and 1993.

The lower panel shows the calibration coefficients derived accounting for the presence of stratospheric aerosols, leading to consistent calibration coefficients derived over ocean and bright desert. It should be stressed that stratospheric aerosols in the MVIRI/VIS band have a much more significant contribution to the increase of top-of-atmosphere reflectance than the corresponding amount that would be located in the lower part of the troposphere. An aerosol optical thickness increase of 0.1 in the stratosphere typically corresponds to an increase of about 50% of the top-of-atmosphere reflectance whereas the same concentration increase in the troposphere translates into a reflectance increase of about 25%. This difference is essentially due to important molecular absorption processes taking place in the MVIRI/VIS band.

Pseudo Invariant Calibration Sites (PICS) play a critical role for the monitoring and cross-calibration of space-based radiometers. This example shows that absolute vicarious calibration method relying on the so-called Rayleigh method needs to account for possible changes in the stratospheric aerosols. Relying on the Earth as a calibration reference has some limitations and methods to detect inconsistencies should be applied [4].