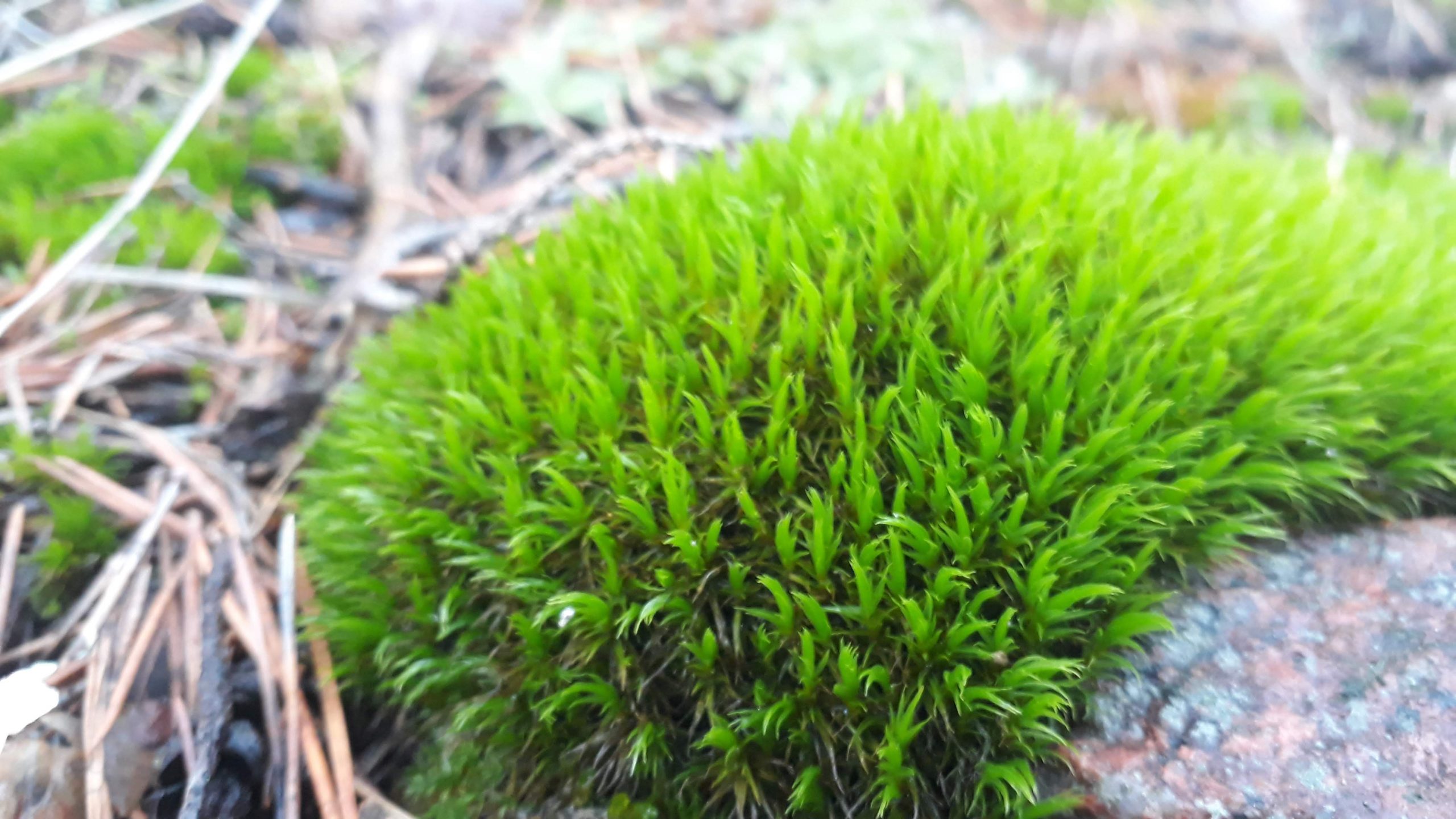 During the darkest months of the year, it is a tradition in many cultures to bring evergreen plants inside to remind us of the coming of spring. Holly and Ivy are immortalised in song and there is the tradition of kissing under the mistletoe. There are another set of evergreen plants which as yet, do not have their own theme tune. These are of course, bryophytes.

Across Sweden both mosses and lichens have been gathered and are now for sale in many local shops and supermarkets to decorate yule time displays.

The moss species collected are usually large, common pleurocarps such as Hypnum cupressiforme and Pleurozium schreberi . Such species are common on rocks, trees and the forest floor of boreal areas.

Similarly, lichens of the genus Cladonia (don’t ask me the species) are collected and sold as Vitmossa or white mosses. However, as at least one ecologist is keen to point out vitmossa are actually the genus Sphagnum.

This practice is not restricted to Scandinavian countries. Tan (2003) reports that in some Asian countries mosses are used both as decoration and as packaging material at Christmas time. However perhaps the most Christmassy use of mosses is as decorative material for nativity scenes. A practice reported from Europe and South America.

As can be seen from figures 5 and 6, in Europe, decoration of nativity scenes with moss occurs in northern and southern Europe. Large carpets of moss make suitable approximations of grasslands and forest floors.

Lara et al. (2006) detailed the use and the species composition of 26 nativity scenes in private and public settings in Asturia, northern Spain. They interviewed the set builders about their construction asking about species choice. Across all these displays a total of 66 species were found. There were a few distinct groups of selected bryophytes:

The four large, common mosses Thuidium tamariscinum, Pseudoscleropodium purum, Eurhynchium striatum and Hypnum cupressiforme were the most frequently used species. Each occurred in at least 17 or more displays. These are common, abundant large species in many areas.

A second group of more architecturally selected mosses occurred in fewer displays but were actively sought. Leucobryum juniperoideum in particular was so frequently sought that interviewees could accurately describe the ecology and form of the species despite maintaining that “moss is moss”. In this architectural group were Anomodon viticulosus, Ctenidium molluscum, and Hylocomium splendens (Fig 7). Such large pleurocarpous species were used in particular places, such as gardens and edges.

A third group contained species which were actively chosen but were either not regionally common or reflected the owners own aesthetic tastes. These included the “beautiful” or “white” mosses Sphagnum quinquefarium and S. subnitens (fig 8), which are uncommon in Spain.

A final group comprised species collected accidentally with the main selections. Typically, these were smaller species that got caught up with all the excitement eg. Weissia controversa.

Perhaps unsurprisingly larger nativities had a higher species diversity however; this is perhaps partly to do with where the mosses were sourced. Most nativity makers said that they sourced their mosses from walls and paths. This is likely true in the case of the smaller, privately owned displays. Such nativities contained species of anthropogenic habitats. However, the larger sets contained several species of humid forests e.g. Leucobryum or mires e.g. Sphagnum. The species used were generally abundant locally and their Christmas time harvest is unlikely to affect their populations. Significantly, there were accidental collections of rarer species. Indeed the study revealed populations of two rare Iberian species that were at the time were unknown from Asturia, Dicranodontium denudatum and Plagiothecium curvifolium.

It just goes to show Christmas gifts come in all shapes and sizes.