My thesis considers the Arabic reception of Samuel Beckett in the Middle East and his influence on modern Arabic theatre. 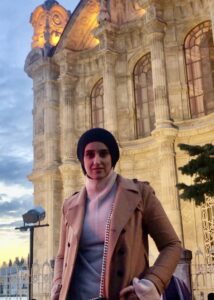 There is a central focus in this project on the critical responses to Beckett’s drama including criticism, translation, adaptation, and performance whose chronological aspects illuminate the dramatic shift in reading and receiving Beckett before and after Arab Spring. In investigating the question of what has been Beckett’s Arabic reception, further relevant questions need to be explored: What kind of reaction did his reception produce? Can we consider Tawfiq Al-Hakim to be one such reaction through a close parallel to Beckett?

I intend to focus, generally, on Beckett’s influence on the dramatists of Levant region and Egypt. I read Al-Hakim and Beckett in parallel through thematic and ecocritical approaches. Silence, Nature, culture, folklore, and other elements of the human condition will be analysed and discussed in a selection of Beckett and Al-Hakim theatrical works. 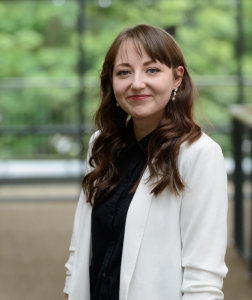 My research examines the intersection of the audience, scenography, and Samuel Beckett’s texts (both prose and drama) in contemporary performances that have taken place in the UK, Ireland, Hong Kong and Portugal since 2000. Through a sustained, qualitative examination of audience feedback, I am considering the affective role of sound, lighting and space in performances of Beckett’s work. There is a central focus in this research on the role of technology (such as virtual reality, augmented reality, and live streaming) and how these technologically enhanced environments expand theatre’s scope for embodied experience. In doing so, this thesis, which is supervised by Professor Anna McMullan and Dr Matthew McFrederick, is also partaking in a detailed look at how theatre practitioners are engaging in a process of modernisation and evolution of Beckett’s oeuvre.

Happily, I have had the opportunity to teach alongside my research, with recent modules including Comedy on Stage and Screen. I have also had the opportunity to share my research at many conferences including: the Modernist Archives in Context conference in Reading, the Tate Gallery, TaPRA, and Modernist Legacies and Futures conference in Galway. Outside of my interest in Beckett, I am also interested in technology-enhanced learning, having worked with university distance learning programmes in Dublin, Singapore and Hong Kong. Presently, I am supporting various programmes at the Academic Development Centre at the University of Warwick.

Everyone but Watt: Toward a Phenomenology of Objects in Samuel Beckett’s Early English Prose. 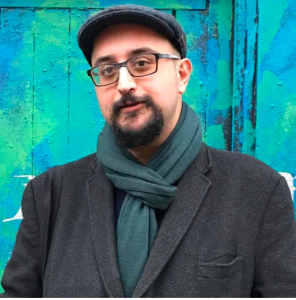 Amin Fatemi was born in Iran and educated in Kerman and Dublin before coming to Reading. Prior to his PhD, he worked as an English language teacher and freelance literature teacher, delivering courses on Irish poetry and Joyce’s Ulysses.  His thesis focuses on a phenomenological understanding of objects in Beckett’s early English prose, working under the supervision of Dr Conor Carville. He is currently working on a paper titled Knott’s Pot: Noema and Horizons in Watt.

Amin’s work has been published by the journals Modern Poetry in Translation and Asymptote. He has a chapter on the indigenous poetry of southeast Iran forthcoming in  Green Linden Press’ Essential Voices: Poetry of Iran and its Diaspora. 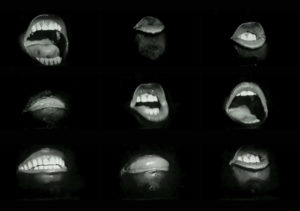 Doctoral Research: My thesis examines anti-capitalist forms of compassion, collaboration, solidarity, and imagination alongside Samuel Beckett’s works for television. Working with VHS and DVD recordings from the Samuel Beckett archive at Reading Special Collections, as well as digitised and online versions of the television plays, my project foregrounds a situated analysis of the material and aesthetic specificity of these works.

This research project is fully funded by the Mary Bryden Studentship, University of Reading. 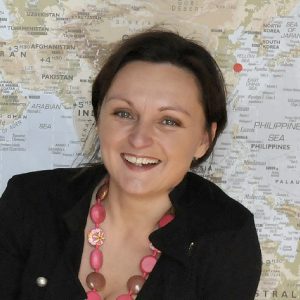 Judy Hegarty Lovett is joint artistic director of Irish theatre company Gare St Lazare Ireland. She directed Waiting for Godot in Paris in 1991 and since then has directed over 20 Beckett titles including stagings of 14 prose titles touring internationally. Her work has been seen in over 25 countries worldwide and has been honoured with many awards and nominations. Her production of How It Is (Part 2) saw her nominated for Best Director at the Irish Times Theatre Awards 2020.
‍
Her practice based Doctoral Research is on Staging Beckett's Prose focusing on her 2018 staging of How It Is (Part 1).

My research investigates Beckett’s reading of Romantic texts from different cultural contexts in the 1930s and analyses the way Romantic ideas surface within his own writing across the following decades. In doing so, my thesis challenges the concept that Beckett’s minimalistic art relates solely to his movement away from that Joycean ‘apotheosis of the word’, showing how Romantic thought coloured and influenced his aesthetics and creative practice. Most recently my research has focused on the under-examined influence of the English Romantic poet, John Keats, on Beckett’s early writing. The thesis is supervised by Dr Mark Nixon.

My most recent research-related project is the creation of an RBC coursebook entitled ‘Literary Legacies: from Romanticism to Beckett’; an A level English teaching resource – based on my own research and aligned with the AQA A level English curriculum – created through the Research Based Curricula (RBC) programme with the University of Reading and AccessEd. Working as a Scholars Tutor with The Brilliant Club since January 2021, I also plan to build on my existing coursebook to communicate my research with a younger and non-specialist audience, whilst hoping to make an impact on potential future generations of Beckettians.

Contributions to The Beckett Circle:

The closed space or confinement of lockdown has, oh-so-originally, sparked my own creative experimentation with, of course, Beckett and the Romantics in mind. Several of the little products of this new hobby have found a home in the publications linked below, and I talk about the influence of my research on Beckett on my writing in an interview with the editor of Capsule Stories (https://capsulestories.com/capsule-collective-interview-with-emma-keanie/).

Homesick: A phenomenological exploration of the mise en scene in Beckett’s theatrical landscapes 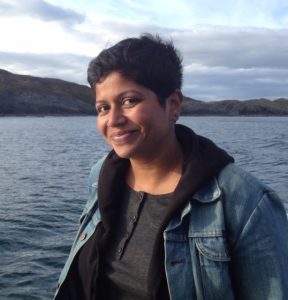 My fascination with Beckett and modernist theatre began as a teenager in the confines of suburban Southall where existentialist dread was our bread and butter. Following my undergraduate and masters at Queen Mary, in Mile End I was delighted to take my place at Reading under the supervision of Professor Anna McMullan.

My thesis focuses on a selection of Beckett’s plays for theatre starting with his first play Eleutheria as well as his major works Waiting for Godot, Endgame and Happy Days before exploring a selection of the shorter later plays. By using the objects, props and costumes that frame the action as a prism through which to study his work, the aim is to facilitate fresh readings of Beckett’s plays for the stage using the theoretical frameworks of phenomenology, scenography and material object theory.

By taking into account the socio-historical context of the plays’ first productions before considering modern directors and designers who are presenting challenging and dynamic presentations of his work, this thesis intends to explore the way in which Beckett’s work continues to be relevant to and resonate with modern audiences by intervening in socio-political debates about home and environment that are pertinent to audiences in the 21st century and which engages with dialogues beyond the stage.

Contributions to The Beckett Circle

Contributions to The Journal of Beckett Studies

This research focuses on Samuel Beckett’s use of early television technologies and ways of thinking about television in his teleplays of the 1960s to 1980s.

The Theatre of Repetition: Trauma, Shame and Performance in the plays of Samuel Beckett (working title) 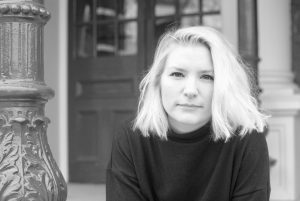 My research project intersects performance and psychoanalytical studies and uses this juncture to examine the theatrical work of Samuel Beckett. In doing so, it asks what role a dialogue between traumatic discourse and performance studies can play in our understanding of time, memory, gender, shame, embodiment and witnessing in a selection of Beckett’s theatrical works including, Not I, Footfalls, Rockaby, Come and Go and Happy Days.

Having worked as a theatre-maker with a practical MA training, and at a time of great socio-political fissures, my research is interested in the ways that performance can foster understanding of psychic and somatic manifestations of trauma, and in positioning it as a site for negotiating personal and collective traumatic experience.

Most recently my research has focused predominantly on shame in conjunction with gender politics, and I am thinking about the relationship between Beckett’s later performance work and that of feminist performance artists Marina Abramovich and Ana Mendieta, and movement practitioner Pina Bausch, developing work I have already produced in relation to shame, the body and trauma.

This project is fully funded by The James and Elizabeth Knowlson Studentship, University of Reading.

In 2019 I was awarded the International Beckett Foundation Bursary to attend the Samuel Beckett Summer School at Trinity College Dublin. I have been the recipient of two University of Reading Research Travel Grant awards to share my research at conferences worldwide, including, ISTR Limerick,  IFTR Galway, The Comparative Drama Conference, Florida and The Samuel Beckett Society Conference, Bordeaux.