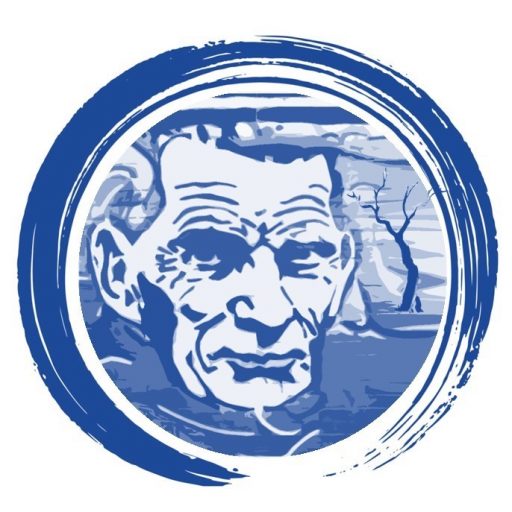 The Samuel Beckett Research Centre at the University of Reading is delighted to announce the appointment of two new Creative Fellows 2020-21: Duncan Campbell and Hannah Khalil.

Duncan Campbell is an Irish video artist based in Glasgow; he was the recipient of the 2014 Turner Prize for his video work It for Others. Campbell’s art draws extensively on archival research, and examines the role that archives play in our knowledge of, and emotional connection to, the past. Through combining found and created material, this is work that questions the borders between personal and historical memory, dream and documentary, word and image.

Past subjects include Northern Irish politician Bernadette Devlin (Bernadette, 2008), the DeLorean car project (Make it New, John, 2009), and Chris Marker and Alain Resnais’ 1953 film Les statues meurent aussi, (It for Others, 2013). Most recently Duncan has worked in the archives of the Irish File Centre to make The Welfare of Tomás Ó Hallissy (2017).

Campbell has a long-standing interest in the work of Samuel Beckett, as is evident from his 2006 film O, Joan, No, based in part on the stage directions for Beckett’s Play.

Hannah Khalil is an award-winning Palestinian-Irish playwright and dramatist. Hannah’s  work for the stage and radio engages closely with identity, displacement and the politics of national history.

Her work for stage includes A Museum in Baghdad, which moves between the founding of a collection of Iraqi antiquities in 1926, and the aftermath of its looting in 2006, to examine the role of the archive as a national institution. It opened at the Royal Shakespeare Company’s Swan Theatre in 2019.

Hannah’s other plays include Interference for The National Theatre of Scotland, The Scar Test for Soho Theatre and Scenes from 68* Years for the Arcola. Scenes from 68* Years was nominated for the James Tait Black award. In 2017 Khalil was awarded The Arab British Centre’s Prize for Culture. Along with her theatre work, she has written numerous radio plays, including The Unwelcome, Last of the Pearl Fishers and The Deportation Room, all for BBC Radio 4.

Hannah has always been deeply influenced by Beckett’s drama, and her writing continues in the tradition of Beckett’s most engaged plays, such as Catastrophe or What Where.

Over the course of their year-long Fellowships, Duncan and Hannah will engage with the contents, history and spaces of the world-leading archive relating to Samuel Beckett’s work which is held at the University’s Special Collections. Supported by colleagues at the Samuel Beckett Research Centre, through this engagement with the archives they will produce new creative work, to be premiered at the end of their time with us. Duncan and Hannah follow our Inaugural Fellow, Eimear McBride, and novelist Robert McCrum and composer Tim Parkinson, in accepting a Creative Fellowship at the Centre. We are very excited about the opportunity to work with them.