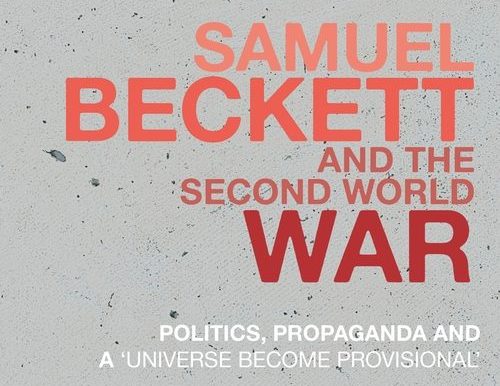 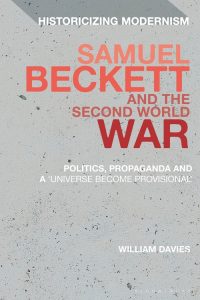 ‘Crawling in the Flanders mud’: Samuel Beckett, war writing and scatological pacifism explores the depiction of wounded soldiers in Samuel Beckett’s novel Mercier and Camier (written in French in 1946, published in 1970, and translated and published in English in 1974). This aspect of the novel is discussed from two perspectives: the Irish military history which Beckett repeatedly invokes in the novel, notably the Boer War and World War I; and the relation between the novel and the ‘war books’ which followed World War I, many of which express pacifist ideals by laying bare the suffering which combatant bodies experience. Drawing attention to the hitherto neglected context of war writing for the image of the wounded soldier in Beckett’s work, this article uses Mercier and Camier to consider the political implications of the author’s allusions to military history following World War II.

The depiction of the degenerating male form in Samuel Beckett’s post-World War II trilogy of novels (Molloy, Malone Dies, and The Unnamable) in the context of Vichy France’s ideology of the body—specifically the male body—and the propaganda of the regime’s Révolution nationale, which Beckett would have encountered in wartime France is explored in Samuel Becket’s trilogy and the revolution of the body in Vichy France. Read with this historical situation in mind, this essay argues that Beckett’s move from the limping Molloy to the bed-bound Malone and finally to the physically limbless figure of The Unnamable gives expression to a reality of physical deterioration that is unique to the degenerating body, a reality that also inverts the ideal of physical perfection that regimes such as Vichy produced. Analysed in this way, Beckett’s work can be seen to aggravate and challenge both Vichy’s idolisation of the strong, athletic male form and the ways in which Vichy and other midcentury ideologies produced narratives of the body steeped in a narrow and ultimately violent essentialism.

The recently published first full-length historical study, Samuel Beckett and the Second World War: Politics, Propaganda and a ‘Universe Become Provisional‘ written by William Davies, also examines Beckett’s war writing and the far-reaching impact of the war on Beckett’s creative and intellectual sensibilities. This book combines war studies, which emphasises the everyday nature of war from food shortages to propaganda, and substantial historical and archive research. Through a detailed investigation into ignored historical allusions and wartime imagery, this study places Beckett’s writing in the shadow of political contexts from Nazism and the Vichy regime, to Irish neutrality and censorship, and the politics of recovery in the French Fourth Republic. Analysed in this way, Davies displays the active rhetorical and formal strategies at play in Beckett’s oeuvre that reveal a range of responses to war and politics.