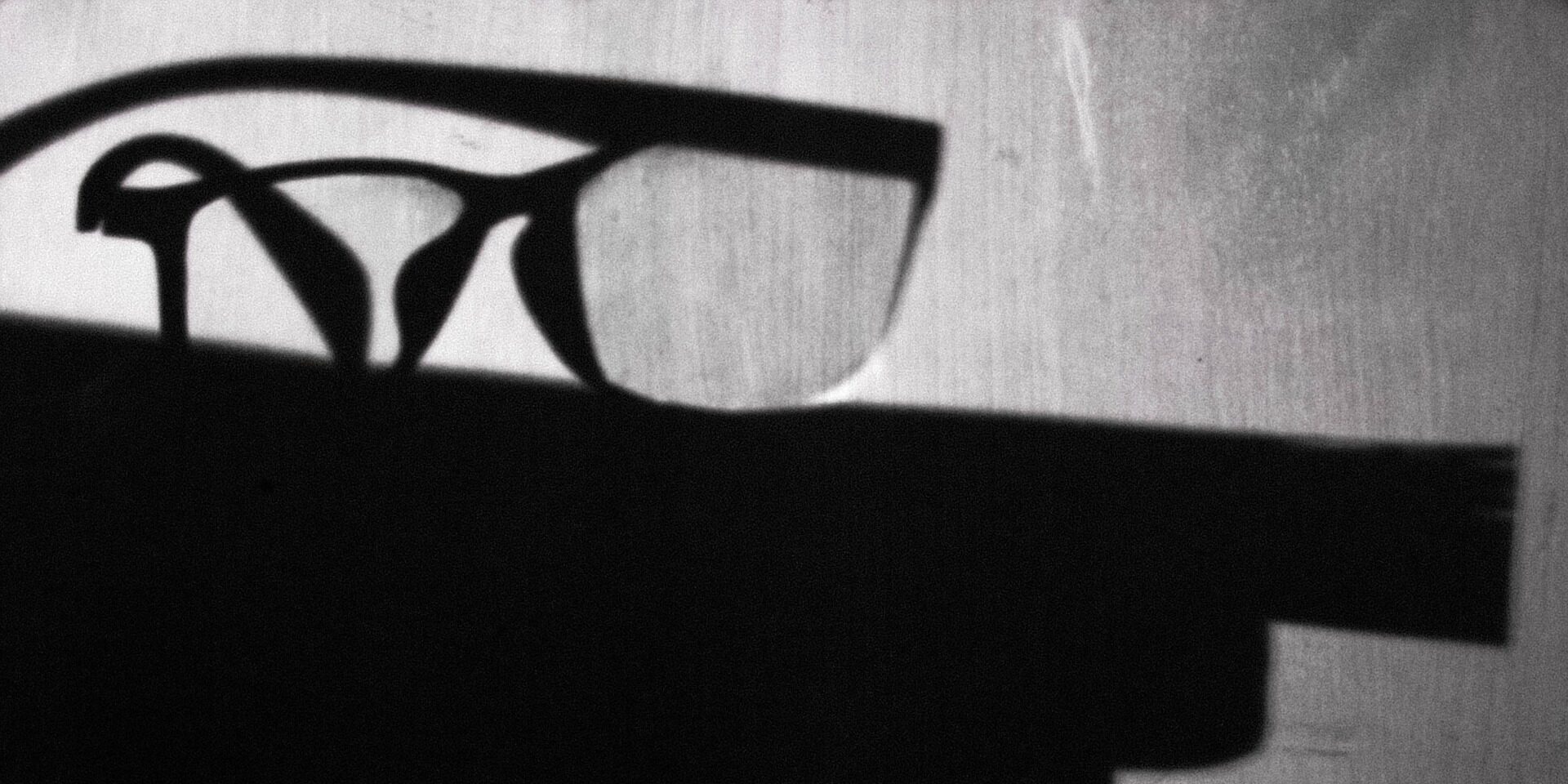 This seminar series, presented by the Samuel Beckett Working Group at IFTR and the School of Arts, English and Languages at Queen’s University Belfast, marks aspects of the reception of Samuel Beckett’s work in Japan. The history of Beckett in this region includes performance practices that have introduced (and adapted) Beckett’s work for Japanese theatre, translations of Beckett’s work into Japanese since the 1950s, and important scholarly interventions into the field of Beckett studies. There is a rich record of scholarship emerging from Japan that has expanded the global reach of our understanding of Beckett. The foundational scholarly and translation work of Professors Shin’ya Ando and Yasunari Takahashi exemplifies this, as does the work of the Beckett Research Circle of Japan, which was founded in 1992 and continues Japanese critical engagement with Beckett. This seminar series seeks to mark these histories of Beckett’s work in Japanese culture, as well as explore the significance of Japanese thinking and performance practices on our understanding of Beckett. Further seminars are planned for Spring 2023.

In this talk, Noho-cofounders Jonah Salz (producer, director) and Akira Shigeyama (actor) will discuss their motivations in producing Beckett in 1981-1982, how the techniques and spirit of traditional Kyogen classic comedy were employed, and the resonances they feel exist between Japanese culture and Beckett’s world. Act Without Words I is Akira’s signature Noho play, performed over 100 times domestically and on tours of Europe and the U.S. Akira’s father Sennojo Shigeyama II performed in Beckett’s Act Without Words I (1985) directed by Akira, and his son was stage assistant, a three-generational participation in the Beckett play that will perhaps continue in the Shigeyama repertoire.

This presentation analyzes some of the approaches involved in translating Beckett’s drama from the following perspectives: responding to the content of Seminar 1, the talk firstly examines how Japanese Kyogen techniques are adapted to allow audiences to understand the humorous aspects in Beckett’s drama. The presentation focuses secondly on how the essence of Japanese Noh theatre is incorporated into Beckett’s later plays. Moving on from the traditional conventions of Japanese theatre, this talk also scrutinizes a different medium that was used to present Beckett’s drama in the midst of the pandemic. The presentation concludes with considering what it meant to translate his drama during his own lifetime and what significance translation had for him, regardless of whether or not Beckett would have appreciated the combination of interlingual and intersemiotic translations in these Japanese versions of his plays.

Michiko Tsushima, ‘Coming in Touch with the Inner Truth of Life: The Unnamable and Daisetz Suzuki’s “Spiritual Insight”’

This talk will discuss Beckett’s experience of writing presented in The Unnamable in light of Daisetz Suzuki’s (1870-1966) understanding of religious experience, especially ‘the awakening of spirituality’. Suzuki, born and educated in Japan, is famous for his introduction of Zen Buddhism to the West. While there was no direct relation between Beckett and Suzuki and they wrote in different linguistic and cultural contexts, they shared something in common. Both Beckett’s experience of artistic creation and Suzuki’s religious experience are based on the negation of language and intellect as well as the attempt to come in touch with the inner truth of life which these cannot grasp. The Unnamable shows that writing for Beckett involves descending to an inner ‘place’ of soul deep within the self. This talk will explore the nature of that ‘place’ and the attunement to the truth of life in this novel by referring to the ideas of ‘no abiding place’ and ‘spiritual insight’ in Zen presented by Suzuki.

Shigeyama Akira made his stage debut at three years old as a Kyogen classical comedy actor. He is a member of the fourteenth generation Shigeyama Sengoro family in the Okura school, Kyoto. Akira performed the requisite pieces to full mastery studying with his father Sennojo II, a pioneering post-war performer and inter-genre collaborator. Akira performed with his cousins in Hanagata Kyogen and as a producer, created a new genre, “rakugen”(落言) in 2001, featuring collaborations between rakugo storytellers and Kyogen actors. A multi-talented performance artist, following in his father’s footsteps, Akira has written, produced, advised, and directed modern plays and operas around Japan. With frequent tours abroad, including long-term collaborations with commedia dell’arte actors, his goal is a theatre that goes beyond language and borders. He is executive director of the energetic new E9 Theatre and received the Kyoto Prefectural Cultural Prize in 2013.

Akira co-founded the Noho Theatre Group in 1981. With an interest in theatre of the absurd, and attraction to silent film actors like Harold Lloyd, Akira is the featured actor in Noho interpretations of short plays by Beckett including Act Without Words I and II, Rough for Theatre I, Ohio Impromptu, and Catastrophe, W.B. Yeats’ A Pot of Broth, and Hamlet in Ophelia. He portrayed Kandata in a multi-media adaptation of A Spider’s Thread by Akutagawa Ryunosuke, Death in Woody Allen’s Death Knocks, and most recently ‘friend’ in Tom Sawyer Paints a Fence (2019). He directed the Japanese language premiere of Rockaby and his father in Krapp’s Last Tape. (http://dojicompany.jp/actor/しげやま あきら )

Prof Jonah Salz co-founded the Noho Theatre Group with Shigeyama to interpret Western texts with classical Japanese Noh and Kyogen techniques and spirits. He has produced and directed forty plays, in Japanese, English, and bilingual versions. These include ten short plays by Beckett, including many Japanese premieres and the world premiere of Quad I and II. Noho performs at studio theatres and Noh stages in Japan, and on frequent overseas tours, including LaMama in New York, the Edinburgh Festival Fringe, and the Avignon Festival.

Salz teaches comparative theatre at the Faculty of International Studies, Ryukoku University, Kyoto. His Ph.D. dissertation at New York University’s Department of Performance Studies concerned the trajectory of Kyogen actors’ ‘roles of passage’. He has published on Noho’s productions, Beckett in Japan, co-edited a special Kyogen issue for the Asian Theatre Journal (2007), and is chief editor of the A History of Japanese Theatre (Cambridge, 2016). https://researchmap.jp/read0099504

Yoshiko Takebe is associate professor in the Translation and Interpreting Course at the Department of Practical English, Shujitsu University in Japan. Her research focuses on the correlation between nonverbal and verbal forms of expressions with respect to drama and theatre. She studied Drama and Theatre in Research at Royal Holloway, University of London. She has worked as a Japanese-English interpreter and translator in Tokyo. Her recent articles on Beckett are ‘Translating Beckett’s Voices in Different Cultures’ in Beckett’s Voices / Voicing Beckett (Eds. Laurens De Vos, Mariko Hori Tanaka, and Nicholas E. Johnson. Leiden/Boston: Brill, 2021) and ‘Translating Silence: Correlations between Beckett, Chekhov, and Hirata’ in Influencing Beckett / Beckett Influencing (Eds. Anita Rakoczy, Mariko Hori Tanaka, Nicholas E. Johnson. Budapest/Paris: L’Harmattan Publishing, 2020).

Michiko Tsushima is Professor in the Faculty of Humanities and Social Sciences at University of Tsukuba, Japan. She is the author of The Space of Vacillation: The Experience of Language in Beckett, Blanchot, and Heidegger (Peter Lang, 2003) and Hannah Arendt: Reconciling Ourselves to the World (in Japanese, Hosei University Press, 2016). She has also published a number of articles on modern literature and contemporary thought including articles on Beckett and Arendt. Her articles on Beckett appeared in Samuel Beckett Today / Aujourd’hui, Samuel Beckett and Pain (Rodopi, 2012) and Samuel Beckett and Trauma (Manchester University Press, 2018) co-edited by Mariko Hori Tanaka and Yoshiki Tajiri.