To celebrate the recent publication of Eimear McBride’s Mouthpieces by Faber & Faber, we are taking a look back on McBride’s journey as the Samuel Beckett Research Centre’s Inaugural Creative Fellow. 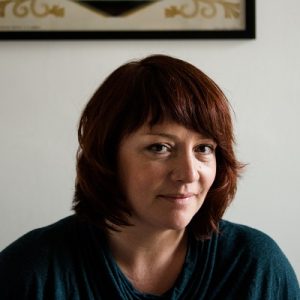 Mouthpieces, which divides into three short texts, was composed during McBride’s time as Inaugural Creative Fellow at the Samuel Beckett Research Centre in 2017-2018 with unique access to the Beckett Archives at the University of Reading. In March 2019, Mouthpieces was performed by Eimear McBride and Aoife Duffin on RTÉ Radio 1’s ‘Drama on One’. This recording is an exciting opportunity to experience the musicality and orality of the author’s vivid, original and sharp-witted style. The performance can be listened to here: https://www.rte.ie/drama/radio/plays/2019/0324/1038351-mouthpieces-by-eimear-mcbride/

Mouthpieces by Eimear McBride is published by Faber & Faber and is available now (ISBN 9780571365814). More information on McBride’s time as Inaugural Creative Fellow can be found here.