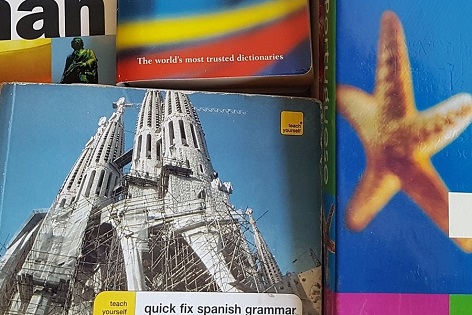 As our multilingual children return to school this month, their teachers will, no doubt, be delighted to see them and to hear about their summers. But something will have changed for their teachers, and that is the fact that they will not be required to assess their multilingual learners’ proficiency in English. This is not to say that teachers will not take careful account of their children’s English language development, but that school assessment procedures no longer include an obligation to report levels of English proficiency to the Department for Education (DfE)

In 2016 a new way of assessing the proficiency of English Language Learners was introduced by the DfE. Called the English Proficiency Scales, the idea was that teachers would, for the first time, be required to measure their multilingual children’s grasp of English in ways that were not related to the National Curriculum. This was warmly welcomed by the EAL research and practitioner community. It meant, potentially, that teachers would have a more fine-grained understanding of their pupils’ progress in English, and that they would be better able to adapt classroom activities for language learning. Assessment was on a five point scale, from New to English through to Fluent in English, and this included descriptors of language and literacy development that could support the planning of a multilingual-friendly curriculum.

It was unfortunate, however, that when the policy to measure English proficiency was introduced, it was accompanied by a much more controversial requirement – albeit one described as ‘completely optional’ for parents to give information on – that schools report on their pupils’ country of birth and nationality. This was interpreted by professionals and the wider EAL community as part of the government’s ‘hostile migration policy’ and resulted in some gaps in returns from schools in the first year.

Nevertheless, in the second year of use, data on the use of the Scales was more complete. Reports were beginning to be written on the short-comings in The Proficiency Scales (The Education Policy Institute, for example), but a move had been made towards embracing and improving them rather than ditching them. In my own research (Flynn and Curdt-Christiansen, 2018) I had also discovered that the introduction of a new policy just takes time, and that there was already evidence that some teachers were using the scales to inform their practice for their multilingual children.

We know from research that English proficiency, or lack of it, makes a significant difference to educational outcomes for multilingual learners. In the USA standardised tests are used to assess and track the progress of their children who are new to English learners. In New Zealand and parts of Australia, teachers assess their multilingual learners using detailed frameworks related to age and stage of language acquisition. It is surprising, therefore, that the UK government took this decision to remove a practice that could have improved attainment when other English-speaking countries see its value.

The Education Policy Institute sum up the problem well when they say: “The most potentially damaging feature of EAL policy in England is the absence of any national oversight.” The DfE English Proficiency Scales were crude in comparison to those in other jurisdictions, and there was certainly room for improvement, but giving up after only two years of implementation is a poor policy decision and one taken without consultation of any of those schools and families it might affect.