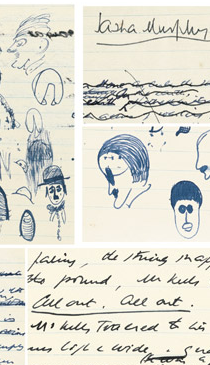 It is with profound sadness that colleagues and students past and present have learned of Professor Mary Bryden’s death at St. Wilfrid’s Hospice in Eastbourne on 5 November 2015 after…Read More > 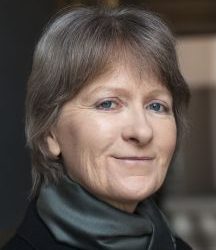 On Friday 31st July an Artsnight episode dedicated to Samuel Beckett was aired on BBC2. Presented by renowned actor and director, Richard Wilson, the programme included interviews with Jim Knowlson, as well…Read More >

The 3rd and final Staging Beckett Conference took place on 9 – 11 April 2015 at the University of Reading. The conference was well attended and there was a good…Read More >

The University of Reading is delighted to announce that it has acquired the working manuscript of Samuel Beckett’s first major work, Murphy, at the cost of £962,500, at an auction…Read More >

As part of an AHRC-funded project on , the University of Reading held a symposium on 27 April 2012, organised by Dr Ulrika Maude. Over 50 delegates attended, and speakers…Read More >