One of the great unsolved questions relating to Silchester is why the town did not continue and develop in the post-Roman period as did most other towns of comparable size and status in Roman Britain. Some see the distance of the town from a significant river, such as the Thames or its tributaries of the Kennet and the Loddon, as a major factor. However we can find other comparable examples, both of towns which were abandoned, despite their proximity to a river, and of those which developed later, despite lack of access to a significant river.

From insula IX we have evidence for the deliberate infilling with building rubble of two of the three or four wells in use in the fourth century. The date that this happened is hard to establish but would seem to lie in the fifth or sixth century. In one case, at the heart of the filling of the well were the remains of a dwarf column, of the kind that would have supported the verandah identified in Building 1. It was inscribed with ogham, a form of writing developed in the south of Ireland, perhaps towards the end of the fourth century, and may not have been deposited until the later fifth or sixth century.

If the infilling of wells was widespread across the remains of Calleva, the inhabitants would have been deprived of water and thus forced to abandon the town. The reasons for an enforced abandonment may have some connection with the development of the Anglo-Saxon kingdom of Wessex whose centre from the mid-seventh century was at Winchester, which, like Calleva, was a former Roman tribal capital.

A wooden spoon, jet and bone pins, a glass bead, a die and an arm from a clay figurine. Objects like these give a fascinating insight into the activities of daily life. Nina Crummy, our small finds specialist, looks at all the special finds found on site. She is particularly interested in developing well dated sequences for different objects and using the functions of the objects to interpret how land and buildings were used. 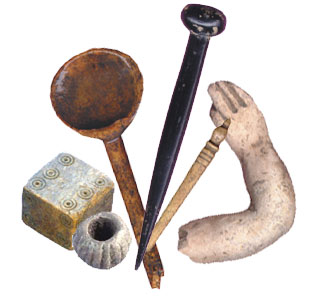 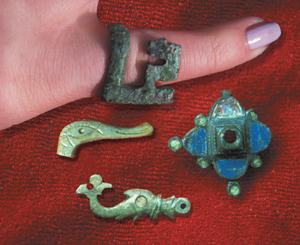 Ruth Shaffrey investigates all our worked stone objects. These can include domestic items such as rotary querns and millstones, everyday roof stones or high quality stone objects. Smaller objects include whetstones, spindle whorls, gaming counters and tesserae. These can indicate what activities were taking place. These fragments of high quality Purbeck Marble inscriptions are a rare find. Stone types can often be traced to a specific source, suggesting trading contacts. 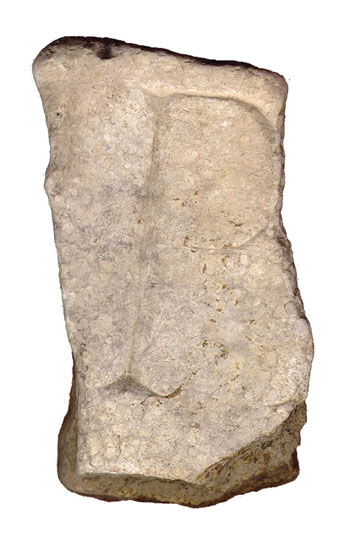