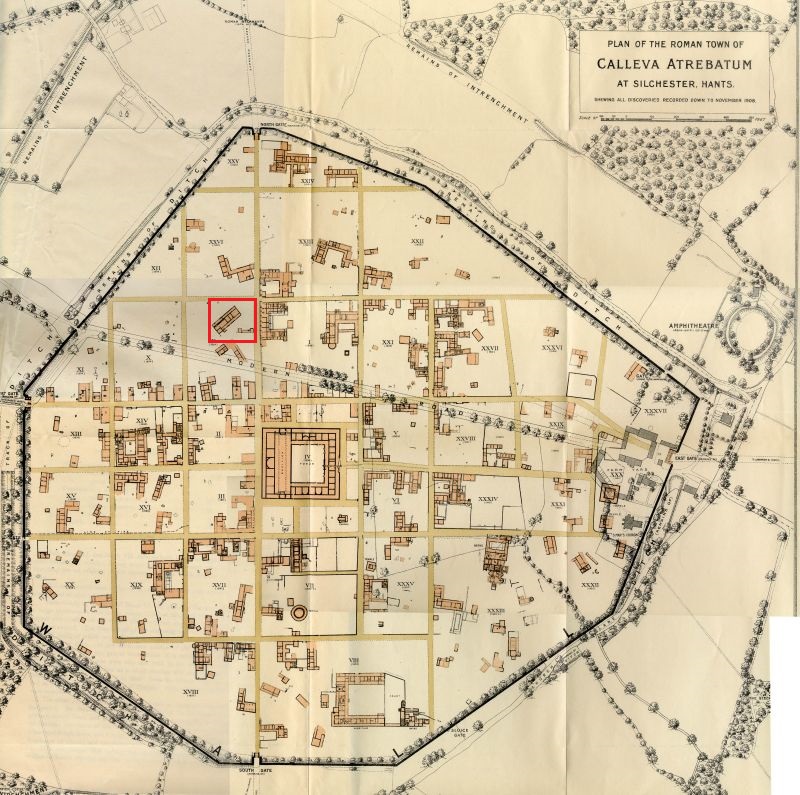 Victorian plan of the city produced 1909 with Insula IX highlighted

Within a period of twenty years (1890-1909) a programme of excavations under the auspices of the Society of Antiquaries of London revealed a plan of all the stone buildings within the walled area of the Roman town. Up until now little has been known about the methodology by which the Victorian and Edwardian excavators achieved their goal, but the results of the Silchester Town Life excavations 1997-2000 and continuing are beginning to provide some evidence.

The University of Reading's excavation of approximately one-third of Insula IX (see above) began in 1997. Each year since then an enormous amount of data has been gathered, data which is managed by means of an Integrated Archaeological Database. Manipulation of these data will result in a programme of both conventional printed and on-line publication of which the Victorian excavations of 1893 is part.