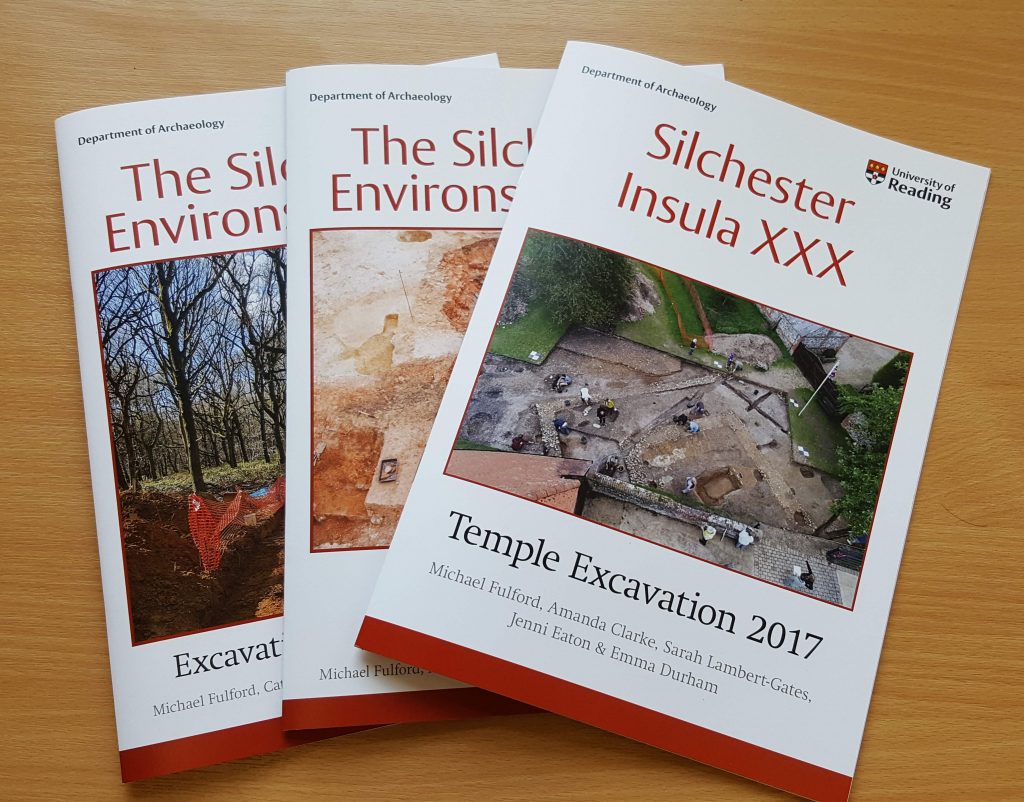 Each year we aim to publish a summary report of our current research and excavations for each of our projects.

Links to the PDFs for these reports are below.

Season two at the bathhouse expands upon 2018’s work. A new trench (4) completes a full suite of rooms from east to west across the structure revealing a series of redeveloped tepidaria. Work outside the eastern side of the building continues to expose a number of drains and external surfaces. Trench 3 examines the relationship between the baths and the Iron Age ditch to the east – revealing a number of surprises

The first season of excavations at the Calleva bathhouse details the uncovering of the frontage of the structure and the attached latrines, revealing a complicated series of redevelopments of the structure. A focus on the western side of the building also reveals a late tepidarium hypocaust, the Iron Age ditch that flanks the baths and a number of important external surfaces

2016 Silchester and its Environs

2015 Silchester and its Environs

The 2013 excavations focus on the early Iron Age buildings found within Insula IX. The opening of a new trench in Insula III begins the hunt for Nero’s influence in Silchester

Silchester’s wettest year provides lots of challenges for our team. The emergence of the Iron Age town and a later Roman well at least provide some archaeological highlights

The layout of the Iron Age town begins to reveal itself. What does a dog skeleton tell us about one of Silchester’s largest timber buildings?

What evidence was there for military presence at Calleva and how does it relate to the Boudican rebellion? Plus, an intaglio of Minerva and a statue of the Egyptian god Harpocrates provides two of our best ever finds

Our first glimpses of the Iron Age offers explanations as to why, and how, the town declined and recovered