History of the site 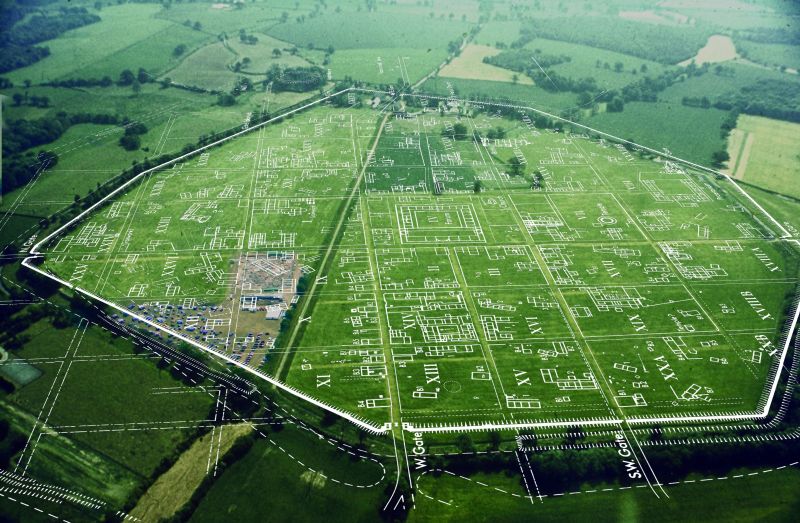 The site at Silchester has been inhabited since at least the first century BC. The timeline below runs through some of the key points in the site’s history from then until the present day.

The oppidum of Calleva is founded. The Iron Age town extended over 32.5 hectares (71.5 acres) and was surrounded by defensive ditches and ramparts. Occupation in Insula IX began around 20 BC.

The Roman army, led by Emperor Claudius, conquer Britain. Calleva continues to be developed as a Roman town and takes on the epithet ‘Atrebatum’ which denotes the town’s role as the capital for the Atrebates tribe.

From the second half of the century, the Roman influence on the town was increasingly visible. The Iron Age street plan was replaced with the Roman grid, with streets running at right angles to form distinct blocks or ‘insulae’. The forum basilica was built at the centre of the settlement and other public buildings began to appear, such as the baths and the amphitheatre. Workshops and shops began to spring up to provide the inhabitants with goods and services.

The Roman town developed further. Private homes began to be decorated with elaborate mosaics. The first Roman defences were also built during this time, comprising a rampart and ditch.

The massive stone wall that encircles the Roman town was built. Much of the wall still exists today, and can be visited throughout the year.

Many buildings were demolished and rebuilt along new boundaries that followed the Roman street grid, rather than the old Iron Age street plan.

The town continued to flourish, but new buildings were more modest in their size and decoration than during the early Roman period.

At some point during the fifth or sixth century, wells seem to have been deliberately filled in and the town largely abandoned. A small column inscribed with ogham writing was found in one of the wells. The reason the town was abandoned is still unknown, but may be related to the rise of nearby Winchester as the capital of Anglo-Saxon Wessex.

Victorian excavations and discovery of the Eagle

The Reverend J.G. Joyce, who was the rector of nearby Stratfield Saye excavated the site between 1864 and 1878. In 1866, he uncovered the famous Silchester Eagle buried in the forum basilica.

The site at Silchester was first excavated by the Society of Antiquaries of London. This twenty year project aimed to excavate the whole Roman town and led to the development of a plan of all the stone buildings on the site, which is still used today.

More about the Victorian excavations

Professor Mike Fulford heads a series of excavations in and around the Roman town including the forum basilica in the centre of the town, the north gate and the amphitheatre

The Silchester Town Life Project was established in 1997 by the Department of Archaeology at the University of Reading. The project was both a training Field School and a research excavation located at Insula IX, to the north west of the forum basilica

Read more about the the Town Life Project

Starting with the excavation of Insula III in 2013, the Nero at Silchester project looks to uncover evidence of the notorious first-century emperor’s influence at Silchester. Tiles stamped with Nero‘s name found during the Victorian excavations suggest he sponsored a campaign of public works at Calleva leading to further investigations at the Silchester temples and Little London tile kilns in 2017. The Silchester baths, first excavated in 1903-4, are thought to be one of the first masonry buildings constructed in Calleva and will be excavated  by our team in the summer of 2018

More about Nero at Silchester

Following on from the discovery of significant Iron Age evidence within Insula IX, the Silchester Environs Project aims to explore the wider landscape around the Calleva. The project team is aiming to provide a context for the origins of the town and for changes that occurred during the transition to Roman urbanised living through examining settlement, agricultural activity, and landscape in the wider area. The five year project incorporates a multi-disciplinary approach from research and remote sensing through to excavation and analysis across a study area of 140km2