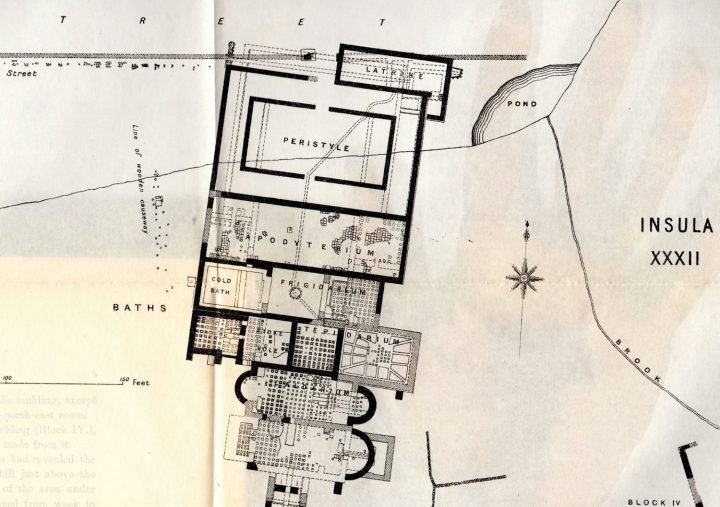 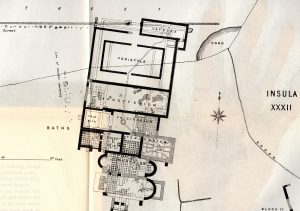 The Romans were well know for their systematic and regimented approach to most things; an ‘if it ain’t broke, don’t fix it’ attitude that was perhaps best exemplified in their attitude to architecture, infrastructure and town planning.

This lead to very standardised layouts of towns, forts, and certain municipal buildings across the span of the empire all the way from Scotland to Egypt. Roman bathing was often much more than just a sauna or a quick dip; a number of different activities took place within various rooms of varying temperatures usually in a certain order. As such, many bath houses would have a standard layout; a peristlyed gymnasium adjoined to changing rooms which would lead to cold, warm and hot rooms. A furnace stoked from outside would feed the underfloor hypocaust system and often an attached latrine would utilise the same water source that fed the baths. The Edwardian excavations of the Silchester baths revealed much of the layout of the structure allowing us to look for similar parallels in Roman Britain. One such example is found at Bearsden fort on the Antonine wall, just northwest of Glasgow. Built in the second century AD, the bath house appears to share a layout similar to that seen at Calleva and has been magnificently reconstructed by freelance illustrator Bob Marshall here. Perhaps more exciting is the wealth of environmental evidence retrieved from the deposits found in and around the latrine. 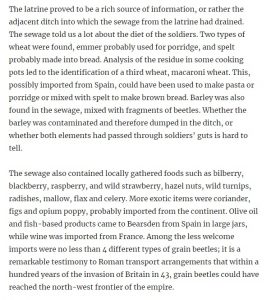 With the potential for large amounts of undisturbed ground on the outflow side of the latrine at Silchester we’ve got our fingers crossed for similar archaeobotanical evidence.