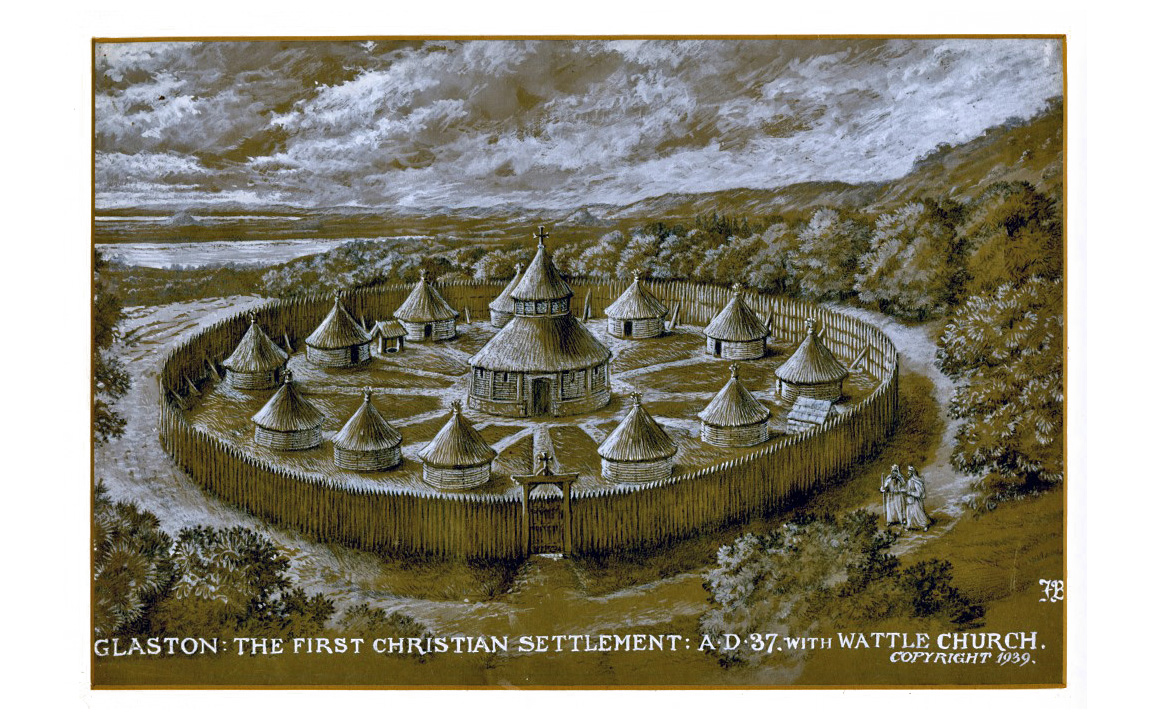 Glastonbury was famous in the middle ages as the location of the earliest Christian church in England, a belief that continues to be held by many Christians today. An ancient church was first mentioned in the 10th century, in the Life of St Dunstan, and was described in detail in the 12th century by William of Malmesbury:

‘The church at Glastonbury… is the oldest of all those that I know of in England… In it are preserved the bodily remains of many saints, and there is no part of the church that is without the ashes of the blessed. The stone-paved floor, the sides of the altar, the very altar itself, above and within, are filled with relics close-packed. Deservedly indeed is the repository of so many saints said to be a heavenly shrine on earth.’

No evidence for the ‘Old Church’ survives today – it was destroyed by a great fire in 1184. The surviving Lady Chapel was built on the site that the Old Church occupied. The story of the ‘Old Church’ is at the core of Glastonbury’s legends and holds important spiritual value for people of many different faiths. The abbey asked us to consider what the ‘Old Church’ might have looked like.

There is a long tradition of reconstruction associated with Joseph’s church, beginning in 1639 with Henry Spelman’s Concilia. Spelman reconstructed the building with wattle walls and reed thatch. His image conveyed an ideological purpose, emphasising the primitive simplicity of the early church in England, before the Roman mission in AD 597. Spelman’s image may have influenced later archaeological reconstructions, notably one by Judith Dobie for a publication by Philip Rahtz and Lorna Watts, first published in 1993.

Our reconstruction was influenced by archaeological knowledge of Anglo-Saxon domestic architecture and includes a nod to the features of early churches, such as double-splayed windows. The shape and ground-plan of the reconstruction are based on the surviving Lady Chapel at Glastonbury Abbey, which was built on the site of the ‘Old Church’ in the 1190s. The only medieval depiction of the ‘Old Church’ is on a seal of Glastonbury Abbey dated 1171–8, showing the façade of a rectangular building with turrets similar to those of the later Lady Chapel.

Before launching the new reconstructions to the public in 2016, we trialled them at a workshop in Glastonbury involving representatives of diverse faith groups, including Anglican, Catholic, Quaker, Buddhist and New Age representatives. They were disappointed by the reconstruction of the ‘Old Church’ and explained that they had expected to see a ‘round’ church. We were initially confused by their reaction, since there is no tradition of ‘round’ churches in early medieval Britain. However, it became clear that they were familiar with a reconstruction by Frederick Bligh Bond, dated to 1939. Bond showed the ‘Old Church’ as a round structure at the centre of a palisaded compound, surrounded by 12 smaller round structures or cells.

The challenge of reconstructing Glastonbury’s ‘Old Church’ highlights the complexity of authenticity in digital reconstruction, which can be informed by competing forms of knowledge and value, in this case archaeological scholarship versus local traditions of knowledge. We concluded that no single image could convey the conflicting traditions of knowledge and representation that are associated with the ‘Old Church’. We took the decision to reproduce Bond’s image alongside our reconstruction: they are shown together in both the new printed guide book of Glastonbury Abbey and digital resources on site.

>> Find out more about the ‘Old Church’ in our Digital section 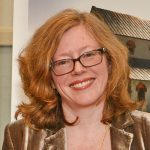 Roberta Gilchrist is Professor of Archaeology and Research Dean at the University of Reading. She has worked with Glastonbury Abbey since 2006, is a Trustee of the Abbey, and led both the ‘Glastonbury Abbey Archaeological Archive Project’ and ‘Glastonbury Abbey: archaeology, legend and public engagement’. She has published pioneering works on medieval nunneries (1994), hospitals (1995), burial practices (2005) and popular devotion (2012), as well as major studies on Glastonbury Abbey (2015) and Norwich Cathedral Close (2005). She is an elected Fellow of the British Academy and was voted Current Archaeology’s ‘Archaeologist of the Year 2016’.