Chapel of Joseph of Arimathea

Abbot Richard Beere (1493-1524) created a chapel for St Joseph under the Lady Chapel. This was a huge undertaking as it involved digging out the ground beneath an existing building without it collapsing, but he wanted to establish his chapel on the very ground where he believed Joseph had walked. 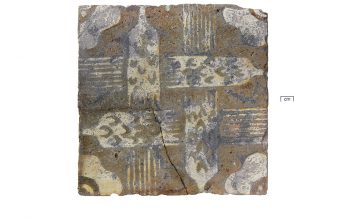 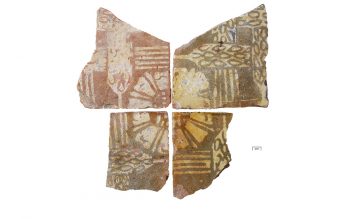 He was an energetic builder and devoted to promoting the cult of St Joseph of Arimathea, so this costly and risky project was his great work. He succeeded and a chapel established which attracted pilgrims seeking healing or divine favour, who left mementoes of their thanksgiving in the form of votives (models of the things for which they were grateful) which hung from hooks in the ceiling. You can still see the holes for the hooks.

An existing well to the south of the chapel also became associated with Joseph and the cult. The well may have been much earlier in date, possibly even Roman, but this simply added to the story.

The animated visualization at the top of this page provides an impression of how the chapel may have looked while it was in use. 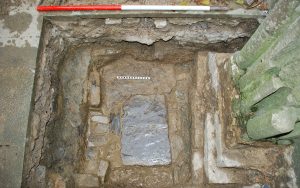 The story of Glastonbury and its history is still being discovered. Archaeologists found new evidence about how Abbot Beere’s ambitious crypt was constructed during recent conservation on the Lady Chapel. Soil was removed from Lady Chapel’s foundations to make the crypt chapel, but this did not take the floor level down far enough. The builders evidently had to digfurther into the natural clay beneath. Clay expands and contracts a lot depending on how wet it is, so to make the crypt walls stable the clay was held back by a stone lining.

Evidence was also uncovered that the crypt had been a privileged place to be buried. Several late medieval graves were also found, but unfortunately they had already been excavated in the 19th century and much of the information they might have revealed has been lost.