The Rule of St Benedict required monasteries to welcome travellers, pilgrims and guests and to provide hospitality “as if to Christ himself”. Whilst high ranking visitors would have slept in the comfortable beds of the abbot’s household and eaten with him, ordinary pilgrims and travellers used a guest house or hostry (from hostelry).

Glastonbury’s hostry was likely to have been located next to the (former) main gate to avoid the daily life of the community being disrupted too much by the coming and going of secular visitors. Scars in the north precinct wall suggest that a huge two-storey building was located here to provide food, lodging and stables. 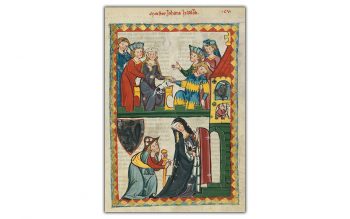 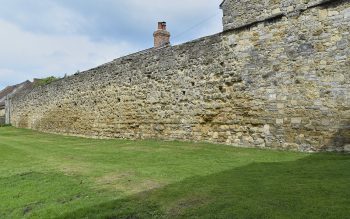 Glastonbury Abbey was a popular destination for pilgrims seeking cures, miracles and absolution (forgiveness of their sins). By the 14th century, the abbey claimed to hold the relics of over 300 saints as well as the bones of King Arthur and Queen Guinevere. This remarkable list included relics of early British saints such as St Bridget and St Patrick. Glastonbury also claimed relics of its former abbot, St Dunstan, who had died in 988 as Archbishop of Canterbury.

Pilgrims were especially drawn to the Lady Chapel, which contained a cult statue of the Virgin Mary which had miraculously survived the devastating fire of 1184 with only a blistered face. This space was built on the footprint of Glastonbury’s celebrated ‘Old Church’. It promoted belief in the great antiquity of the abbey and was dedicated to the cult of the Virgin Mary (‘Our Lady’.) 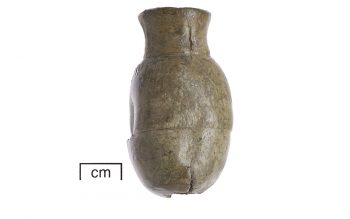 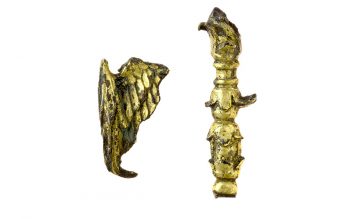