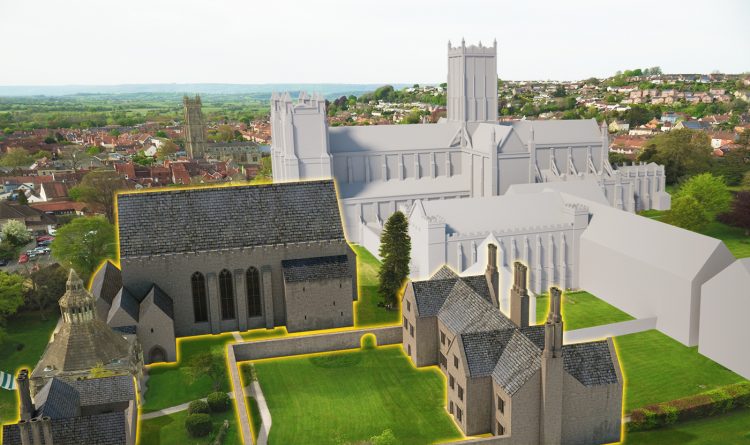 To the south-west of the cloister, a separate complex of rooms provided grand accommodation for the abbot and his guests. Today, the standing buildings consist of the kitchen and one corner of the giant hall, begun after 1322 and completed by 1342. They formed parts of a palatial residence of three ranges, arranged around a central walled garden.

In the early 16th century a further wing was added. In 1539 the King’s Commissioners described it as ‘a house mete for the King’s Majesty, and no man else’.

See the animated visualization below to view a reconstruction of the Abbot’s Complex based on the available archaeological evidence.