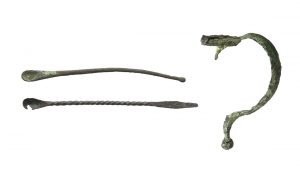 During the Mesolithic (10,000 to 5,000 years ago) hunter-gatherers lived on raised sites in the Somerset Levels. Excavations at the abbey found Mesolithic flaked stone tools and pottery from the first millennium BC. Glastonbury’s location was above the water and offered panoramic views.

Medieval people salvaged a nearby Roman building to recycle its tiles to construct the Saxon glass furnaces. 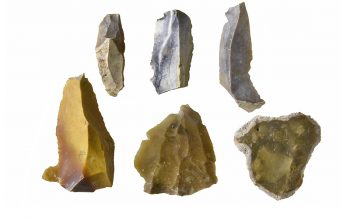 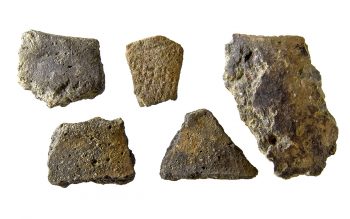 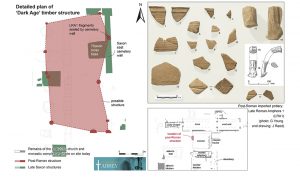 There were post-Roman settlements at the site of Glastonbury Abbey before the Anglo-Saxon monastery. Archaeologists found a series of post-pits which suggest a timber hall. Its floor contained fragments of Roman ceramic jars (amphorae). These carried wine and oil from the eastern Mediterranean. The pottery dates to around AD 500 and shows that a wealthy community lived at Glastonbury.