The Abbots of Glastonbury 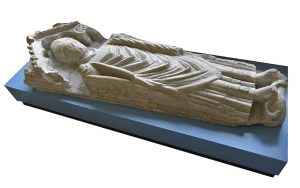 The abbot was the head of the monastery (from the Greek ‘abba’, an affectionate term meaning papa or daddy). He was responsible for the material and spiritual wellbeing of the monks and for discipline within the monastic community.

He also managed the finances of the monastic estates: in 1535 Glastonbury Abbey’s estates were valued at over £3300, the equivalent of around £1.3 billion today.

As well as their religious duties, medieval abbots served a political role in relation to the church and state. As head of the monastery the abbot was also a feudal lord, who had to supply knights for military service, but was prohibited from fighting himself.

The abbot of a high status monastery such as Glastonbury enjoyed the lifestyle of an aristocratic lord. Under the Rule of St Benedict, abbots were meant to live communally with the other monks and eat a basic diet. But most abbots built their own houses in which they entertained important guests. These often had separate kitchens where food for the abbot and his guests would be prepared and cooked (as here). 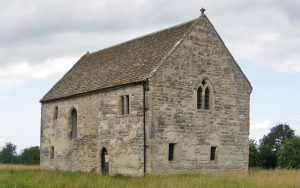 The abbots of Glastonbury built houses for their own use on the abbey’s estates across southern England. The abbot of Glastonbury owned eight houses in Somerset alone.

The abbey’s estates were the principal source of income and were mostly obtained as gifts or bequests. For Glastonbury these included urban properties which brought in rents, as well as large rural holdings for farming sheep and grain. They also had significant industrial interests with very profitable lead mines in the Mendips and a fishery at Meare. The products of these estates were used directly by the abbey and the surpluses were traded and sold to generate income.