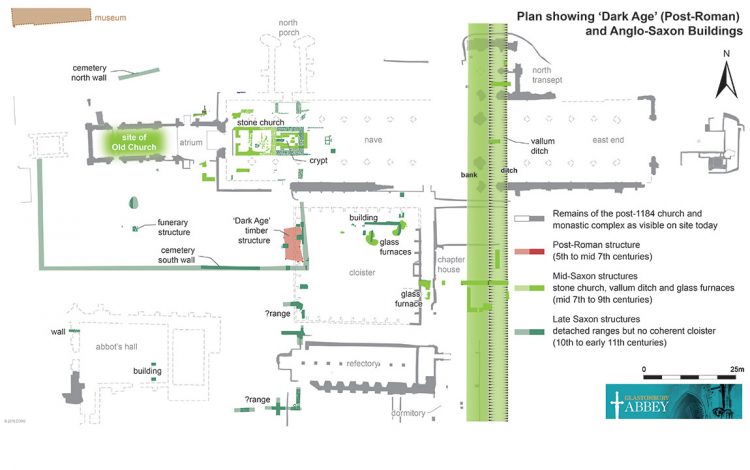 The abbey thrived under Abbot Dunstan between AD 940-56. Under his rule, Glastonbury grew in wealth and influence and became a centre of learning. The Anglo-Saxon ‘Life of Dunstan’ says that he undertook a number of building projects at the abbey. These included enclosing the monks’ cemetery with a stone wall, suggesting that before this it was a more open space. 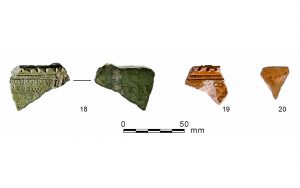 This 10th-century text says he “first surrounded the cloisters on every side with solid monastery buildings”. This influenced archaeologist Ralegh Radford to think that his excavations had uncovered the earliest cloister in England. But whatever Dunstan’s biographer meant, it was not a cloister in the conventional sense. These late Saxon buildings were freestanding and not connected by a cloister.

Fragments of rare, Late Saxon pottery vessels from Winchester were found at Glastonbury. They were probably a gift from this important religious centre.

Cloisters based on the central courtyards of Roman villas appear by the 8th century at some European monasteries. But formal cloisters were not adopted in England until the Norman Conquest. 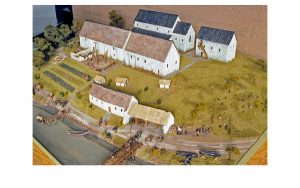 The excavated plans of Anglo-Saxon monasteries such as Monkwearmouth and Jarrow (county Durham) help us to understand Dunstan’s Glastonbury. Monks at these sites lived in freestanding stone buildings which were not interconnected in the way that European monastic cloisters were.