How Glastonbury became associated with Arthur

Geoffrey of Monmouth’s History of the Kings of Britain (c 1136) contains the legend of King Arthur. Geoffrey claimed that Arthur was taken to the Isle of Avalon to die, although the whereabouts of Avalon were not known. In 1191 Glastonbury’s monks announced that they had found a lead cross in a grave with two bodies, that of a tall man and a woman. The cross was inscribed “Here lies buried the renowned King Arthur, with Guinevere his second wife, in the isle of Avalon…”.

The style and wording of the lead cross inscription convinced medieval people that this was the grave of Arthur. It is now believed that the cross was a forgery of an earlier artefact. Similar crosses with this style of writing have been found in 11th-century monks’ graves at Canterbury. 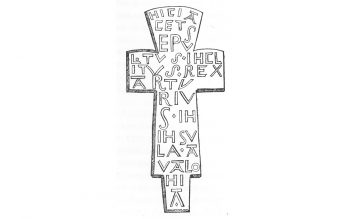 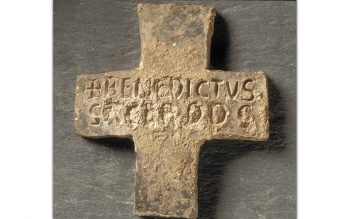 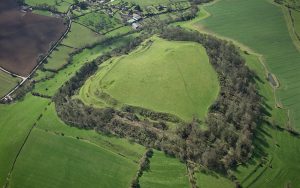 King Arthur is also associated with the Iron Age hillfort of South Cadbury, located 12 miles south-east of Glastonbury, and known as ‘Cadbury Camelot’. The 16th-century antiquary, John Leland, claimed that Arthur’s court lived at Cadbury. Folklore associated with the hillfort claims that Arthur was asleep under the hill and would rise again when Britain was in danger, a belief which gained new popularity around the time of World War II.

Cadbury hillfort was excavated in the 1960s and extensive evidence was found of high-status, possibly royal, occupation in the period immediately after the departure of the Romans. There was evidence of a large timber hall and pottery imported from the eastern Mediterranean, dated to the 5th or 6th century. Similar evidence has recently been identified at Glastonbury Abbey, suggesting the two sites were of similar status and occupied at the same time.